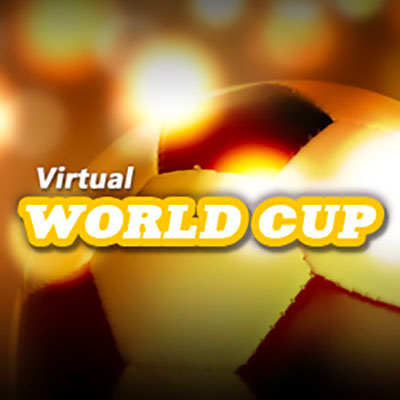 We play within a community that mainly focuses on slot machines and other such traditional casino games. Or at least that was before 1x2 Gaming came along and created virtual sports games, of which Virtual World Cup is a big part of their portfolio. This isn’t the first time that the brand has released such a game, as Virtual Soccer was what started them on this path to greatness.

Removed from the confines of winlines, you’re given a virtual reality sportsbook, where you can wager on the best football teams from across the world. Seeing as how football is one of the most beloved form of sports, if not the most, it isn’t hard to see the appeal of being able to determine who goes through and who doesn’t.

As a youngster of the industry, 1x2 Gaming started out in 2002 at Brighton and Hove within the UK. Ever since that time, the company has created a network of titles, with each of them coming from the creative minds of the team located at Silicon Beach. However, the presence of these games are felt across the world, as 1x2 Gaming hasn’t remained a humble label, but has grown into an international business.

One of the main features of their products that sets them apart from the rest, is that they’re independent from the mainstream, with the mainstream being NetEnt and the likes. In spite of independent brands being less well known, typically, they also tend to put more depth inside their games.

In regards to gameplay, the interface of this is uncomplicated, bland even, as the focus is on your ability to bet on fictional events rather than seeing these football matches in action. For some the lack of imagery will be off putting, but for those of you in love with the beautiful game, it’ll be the right amount of simplicity.

A minimum stake of 10p is all it takes to make that first wager, with all 32 world teams available for you to pick from, with each having its own set of odds. Not only will the interface show the teams and what stage they’re at, it’ll also inform you about how many past tournaments have been played. Due to this setup, there’s no bonuses as such, just a streamlined means of betting on the teams.

Going into this, we didn’t hold out much hope for Virtual World Cup, as these types of activities can be very hit and miss. Fortunately for us, and for you, 1x2 Gaming has done a good job at crafting a lightweight game with international appeal. From bankers to lawyers, bakers to cleaners, you’ll be able to have your say on the greatest of sports.

Should that not be enough for you, there’s always other games from the label to try out, some of which take on that conventional format of reels and paylines. We doubt you’ll need the lines of such games, but this is a just in case backup plan.