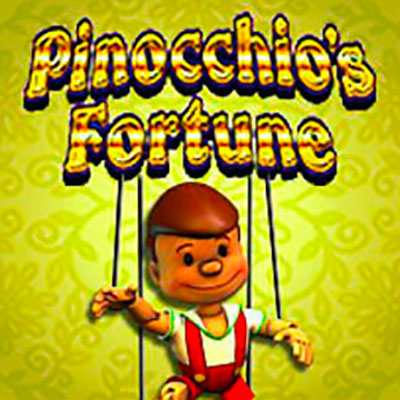 Pinocchio’s Fortune is another enchanting fairytale-themed slot from masters of online invention, 2BY2 Gaming.  Based on the story of the wooden puppet who wanted to be a real boy, Pinocchio’s Fortune is a five-reel, 30 pay-line online slot with aesthetics and features modelled on Carlo Collodi’s 19th Century children’s novel.  The game-board is set in a wooden frame and the symbols have a rustic feel, while three different bonus games bring the magic of Pinocchio to a whole new medium.

To make a mark in the online gaming industry requires creativity, technical expertise and the ability to look at things a little differently:  enter 2BY2 Gaming.  Based in Chicago, 2BY2 Gaming has a staff with more than 120 years of experience between them. This is clearly put to good use as the games developer have been issued more than 65 patents (with an additional 35 patents pending) for their innovations in areas such as game mechanics.  Players who aren’t familiar with 2BY2 Gaming’s portfolio should definitely check out Giant Riches, Cosmic Invaders and Crystal Gems.

Pinnochio symbols are wild and substitute for all other symbols apart for the fairy scatter and the Pinochhio symbols.

Trigger this board-game like bonus by spinning three fairy symbols on reels two, three and four.  To be reunited with the impoverished woodcarver, you will need to use your four spins wisely and pick up more multipliers and spins along the way.

Some symbols on reels three, four and five have a tiny Pinocchio symbol in the top-right hand corner.  Spin three of these cheeky symbols to trigger a ‘pick-and-win’ style game with either a cash prize or a lucrative respin with wild reels up for grabs.

Spin three or more Pinocchio scatter symbols to trigger up to 12 free spins.  Scatter symbols anywhere in view will lengthen Pinochhio’s nose and award you an extra pick in a ‘pick-and-win’ style game afterwards.

Unlike Pinocchio himself who, as we know, was prone to telling the odd porky pie, I can honestly say that Pinochhio’s Fortune is a sturdy and well-crafted slot worthy of Gepetto’s workshop.  Although some may find the theme a little twee, Pinochhio’s Fortune boasts an RTP of 95.02% and a jackpot of 5000 coins proving that Fairytale-themed slots can end happily after all.  The highlight here was the Pinnochio Nose Bonus where you are hoping the young puppet is in a dishonest mood so you can win as many picks as possible (of the prizes, not the nose).  If you liked this game, check out some of 2BY2’s other fairytale-themed slots including Giant Riches and Humpty Dumpty.