Secrets of the Tomb 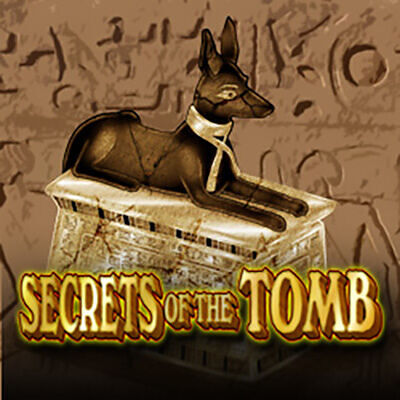 Get ready to enter the deep dark tombs of the ancient Pharaoh’s as you embark on an Egyptian adventure to uncover the secrets of the tomb and the treasures that lie in wait. This 2by2 Gaming online slot game features ancient scrolls and engraved tomb walls, with all the classic Egypt theme slot game characters such as the sphinx, the cat god Bastet and the Eye of Ra immersing you into the game as you spin. Secrets of the Tomb is a five-reel slot with three rows and up to thirty paylines and is simplistic yet fun to play, so let’s get spinning.

2by2 Gaming is a Chicago based game development company and boast nearly 125 years of collective game development experience. Over the years, they have developed innovative slot games and have engaged players in a gaming entertainment experience that keep them eager for more and coming back to play again and again. 2by2 Gaming specialise in creating top quality gaming for a wide range of players to enjoy. They certainly have a portfolio of unique and immersive games for players to choose from.

In ancient times the most elaborate and impressive tombs where built by the Eygptians for their Pharaohs and Queens. The Eqyptians first built Mastabas, which were made out of dried bricks. In each of these tombs there was a room to honour the spirit of the deceased and a smaller room where the statue of the dead would be placed so they could witness the ceremonies. Eventually, they started building the great pyramids for Egyptian royalty and the most splendid of these was the Great Pyramid of Khufu at Giza. The tombs were adorned with carvings depicted the great lives of the Pharaoh and the gold and riches that lay within where to reflected the divine status of these Kings to continue into the afterlife with them.

If you fancy your chances at getting hold of some of these riches, start spinning!

This online slot game will transport you to the ancient land of the Pharaohs and while the graphics are simplistic, there are loads of fantastic features in this game to take advantage of and unlock the tombs secrets to win big.