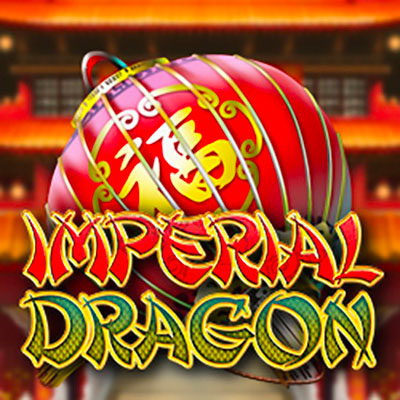 Imperial Dragon takes its visual inspiration from the orient, with scorchingly good graphics and enough quality features to fill a small dragon’s cave.  This five-reel, 20 pay-line slot offers an RTP of 95.53% which is perfectly reasonable but probably doesn’t reflect the enjoyment of the Golden Dragon Free Spin round.  By spinning three Golden Dragon scatter symbols you will be transported to an ancient land of four reel boards.  Collect more dragons to unlock and upgrade these boards and increase your prize haul.

Blueprint Gaming have raised the bar in the UK for online game development over the past decade and recently joined the Causelmann Group.  Their games are distinctive in bringing top-flight artwork and balanced mathematics together to create online gaming experiences that keep both casino operators and punters happy.  Blueprint Gaming have an impressive line-up of games available both online and on over 100,000 land-based machines around Europe.  These titles are definitely worth checking out:  Vikings of Fortune, Wish Upon a Jackpot and Wild Antics.

The graphics are nothing short of spectacular on Imperial Dragon with much consideration given to the authentic colour palette used for the reels and the background.

While basic symbols are represented by traditional playing cards, premium symbols take their visual cues from traditional Chinese iconography with temples, dragons and gold coins amongst the big money-spinners.  Watch out for dragon with a crystal symbol as this is wild and substitutes for all other symbols except for the golden dragon scatter.

Once activated you will be presented with four sets of reels.  Only the first is active to begin with, but you can unlock the others by collecting golden dragons.  More dragons also means more features.  Here’s the breakdown:

Don’t overlook these circling birds.  They can interact with the game-board during any spin in the base game to turn symbols on reels two, three or four into scatters.

As oriental-themed slots go, Imperial Dragon might not roast the competition but it is definitely up there in terms of quality and playability.  The graphics are authentically drawn with thought given at every point, from the blossom trees and temples in background shots, to the animation of the golden dragon scatters when the awesome Golden Dragon Free Spins are triggered.  All of the visuals complimented by the authentic choice of oriental sound effects as you try to get your hands on the flaming 20,000 coin jackpot.