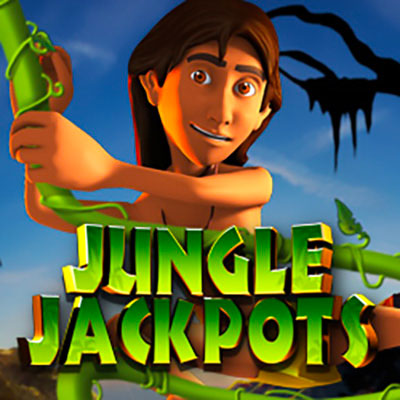 Inspired by the 2016 film adaption of Rudyard Kipling’s classic, The Jungle Book, Jungle Jackpots crams mammoth features into this online slot.  The five-reel 20 line game from Blueprint Gaming is overlain on an open book with animated graphics when features are triggered.

As well as the Baloo bonus round, Jungle Jackpots includes Kaa’s locked wilds, Hathi’s expanding wilds and stacked symbol features that can be randomly triggered during any spin in the base game.

Blueprint gaming is a leading UK-based online game developer that forms part of the esteemed Gauselmann Group.  With their finger on the pulse of cultural trends, Blueprint gaming have amassed a huge array of slot games based on popular brands, as well as their own original content.  Players across Europe will likely be aware of some of Blueprint gaming’s hugely popular titles such as Wish Upon a Jackpot, The Pig Wizard and Paws of Fury which can be played on more than 100,000 terminals.

Welcome to the jungle, with smoothly animated graphics and a whistling-worthy Jungle Book soundtrack.  Although lower value symbols are traditional playing cards, premium symbols include a golden fruit bowl, tiki torches and the eponymous Jungle Jackpot symbol.  Paw-prints are wild and substitute for all symbols except for Baloo bonus symbols.

Stand back as Baloo launches Mowgli up the money tree.  The higher the branch that he lands on, the bigger the multiplier.  When he lands the vultures fly into view to let you determine whether Mowgli continues climbing or takes the cash prize.

If you make it to the top of the tree the fruits of your labour will be rewarded with a golden apple of your choice for roaring wins.

Bagheera is one of Mowgli’s closest jungle buddies and it’s clear to see why with five free spins with locked-in winning symbols.

Watch as elephants come stomping into view to determine the number of Colossal Spins.  During each spin, all symbols can cover up to three reels, giving you a chance to win trunk-loads of cash.

Mowgli has a lot of company in the jungle so you can expect some help along the way.  After any spin in the base game you can trigger Kaa’s locked-in wilds, Hathi’s expanding wilds or stacked symbols courtesy of some cheeky monkeys.

Although communication in the jungle tends to consist of howling from treetops, Jungle Jackpots is fully optimised for both mobile and desktop devices.

Jungle-themed slots are relatively common but Jungle Jackpots from Blueprint Gaming rises above the canopy of mediocrity and really delivers.  The range of features - from Baloo’s Bonus round to Mowgli’s jungle comrades appearing during play - make this slot feel like the adventure on which it is based.