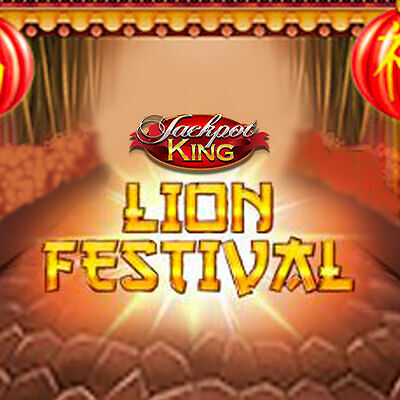 It’s Chinese New Year and it’s a celebration for everybody. Who would turn down the opportunity of a street parade – embodied with extravagant colours and characters. The theme of this game celebrates the tradition that is steeped in history, culture and tradition. The company adopts a 5 reel traditional slot value with 10 pay lines, allowing some great money to be won here! The bonus game features are outlandish as one might expect with a colourful theme. Look out for the Lion re-spin feature in this game!

Blueprint has worked hard for a strong reputation in the gaming industry and since 2008 they have developed a respectable portfolio of online slot machines. The company are based in the United Kingdom but have since merged with the German, Gauselmann group. They specialise in games from the media industry, including: Casper the ghost. They are certainly not boring slot games as they are made up with lots of exciting bonus features. They are also developing with the times and now create gaming which is compatible with all mobile devices.

The symbols in this game all suit its theme and include: golden coins which are supposed to bring luck for the year ahead! Look out for the special lion icon. The sacred lion is believed to be very significant in Chinese culture because it is believed to scare off evil spirits. This is because of the dance of the lion which includes a lot of loud banging of drums, in a dancing rhythm. The paylines run in both directions which really benefits the players because it effectively creates 20 ways of winning – running from left to right and right to left! Most of the symbols will offer up to 100x return on investment but look out for the five-matching girl symbol which will offer a return of up to 1,000 x reward on original bet! This slot game is suited to high and low betters, the smallest amount that can be put on the wager is 0.20 credits all the way up to 500.00 credits! This means that the total jackpot is 50,000 coins!The money cat icon is worth looking out for because it will give out bonus prizes! The golden cat symbol will appear sporadically across the reels. As mentioned earlier, the lion symbol is also fruitful and can increase winnings accordingly as it can cover the reels and trigger re-spins for players.

The graphics of Lion Festival are a celebration of perfected development to engage players into an interactive theme, celebrating the Chinese New Year in style. All elements of this mystical celebration are covered and players will enjoy hearing the drums of the Lion’s parade and winning the rewards that both the Lion and the cat will bring! The music is well partnered to the theme as well which always goes a long way when once wants to spin their way into the theme on offer! So here is to a Happy Chinese New Year – may it  be a one full of riches and winning!