Luck of the Irish Fortune 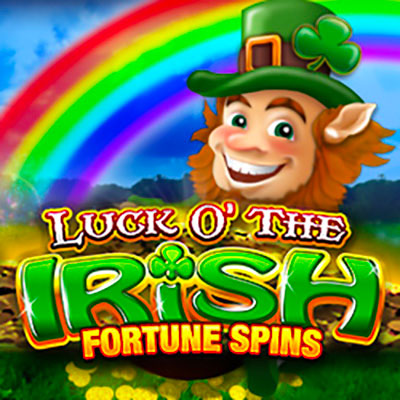 We hope that you’re feeling lucky, as you’re about to embark on one of the most iconic Irish themed slots machines that there is. Irish Luck is a video slot that everyone has heard of, with most of us having played it at one time or another; it’s like the crown jewels of Playtech’s portfolio. Even though other titles from the brand come and go, this is an activity that constantly draws people in.

The traditional sounds and jaunty tunes of the game help to take us back in time, with the imagery of the grid charmingly innocent in its aesthetics. This isn’t a mind blowingly detailed game in which a display of 3D graphics assault your eyes, this is instead pure yet garish, relying on traditionalism to see it through. And my goodness, it works.

As you explore the various subcommunities of iGaming, it’s hard to go anywhere without reading the name Playtech. Just like with any leading brand, it pops up again and again, with the respect surrounding it almost tangible, and for good reason. Since it started back in the late 1990s, Playtech has expanded out across the globe, setting up a total of 17 offices.

Sporting over 5,000 employees at this time, it’s a name that we know to be of high quality, and that’ll gift us an array of gaming options. This isn’t just a one trick pony, but rather a label that can bring you bingo, sports betting, live casino, and of course, slot machines. When looking over their products, it feels like there’s little they can’t do.

The aesthetics in play here are, as we’ve said before, far from what most contemporary players would consider attractive; the design is visually overwhelming, with neither the colours or images complementing each other properly. Nonetheless, while the imagery may not be first grade, the features are, with Playtech bringing two bonus features.

To begin play, and in the hopes of activating one or both of them, you can wager a minimum 30p bet, although highrollers among you can go all out in search of that legendary luck. In the end, the choice is completely yours to make.

Going into this review, we knew that we were dealing with a classic title that has a large following, with Irish Luck regularly seen as one of the most popular slots around. However, when all is said and done, it delivers nothing we’ve not seen before. True, it could be that other brands are mimicking Playtech rather than the other way round, but sadly the results are still the same.