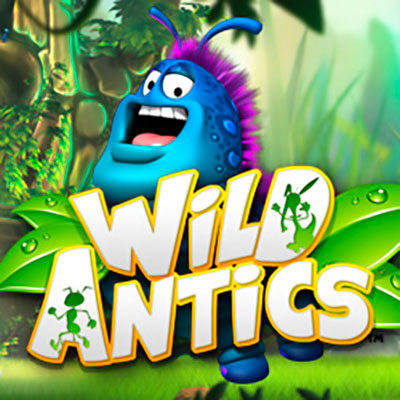 This cartoon-style game is filled with wildlife, but the stars of the reel are the colony of ants. That’s right – this is an ant’s world with occasional appearances from a host of other creatures including a lady bug, caterpillar, snail and more. The reels seem to represent a garden, given their leafy woodland appearance, not to mention the overload of green, while story centres on an ant colony. Trying everything in their power to protect their beloved territory, they come across one main problem – a giant aardvark who loves sniffing out ants.

These beady-eyed critters are the real key to winning though, with the Solider Ant, Colonel Ant and Queen Ant all leading to Free Spins. The biggest draw off this Bug’s Life-Inspired game is the amount of bonus features! We’re not exaggerating either, the game has enough quirky characteristics to keep even the most experienced gamer happy.

Blueprint Gaming is a UK-based company who are known by gamers for their impressive slots. Always working their hardest to develop cutting-edge designs which are ahead of the time, they have a real eye for detail. From their quirky titles to their stand-out graphics and unique themes, their slots have mass appeal, meaning players can find them in some of the best casinos on the web. Meanwhile, others appreciate them for their features such as their progressive jackpots, which have been known to create some massive winnings.

This game has a standard layout with 5 reels and 20 fixed pay lines. However, its game-play is far from average with a mixture of Free Spins, a Jet Pack Antics Feature and fun combination of symbols. Along with a bunch of bugs, you’ll also find a good mix of critters on the reels. But there’s one you need to look out for, and that’s the Blue Ant! This is the game’s WILD, which means it substitutes for all symbols, apart from the four bonus features.

Four Free Spin bonus symbols may sound a little confusing at first, but once you get your head around them, you’ll be good to go. Each ant symbol comes with its own power, but the Queen Ant WILD is one to watch. If you play the game right, this icon can also act as an extra WILD, which means it can expand and land on a maximum of 12 reels. Then, there’s the Jet Pack feature, which will be activated when you click on an ant during the game-play. Depending on the ant you pick, each will bring something different to the game.

With a good amount of bonus features this game is exciting to play, especially with its high-quality and colourful graphics. Despite being a little complicated to get your head round at first, once you’ve cracked it, you’ll be on your way to some epic winnings. Whatever you do, make sure you help the ants escape the aardvark – after all, you’re going to need them if you want to win some cash.