Wish Upon a Jackpot 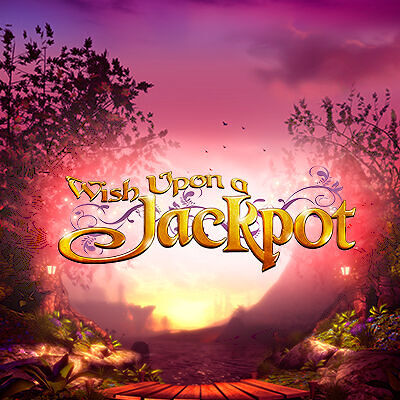 With the recent popularity of the Shrek movie franchise, everyone’s talking about fairy tales.  Fairy tales are enchanting, and never fail to capture the imagination of children and adults alike.  But why limit yourselves to one fairy tale, when there are so many to choose from?  With Wish Upon a Jackpot, Blueprint has taken the best bits of several fairy stories, and combined them all into one magical whole, where you can relive your childhood favourites, and wish for some wonderful wins.

Blueprint has a deft hand when it comes to transforming classic themes and non-gambling game concepts into slots titles.  They are also experts at doing justice to big licensed movie and TV-themed slots.  All their games are characterised by high-quality graphics, attention to detail, and consistency in theme, that makes them amongst the most popular slots games on the web today.

Some of Blueprint’s most popular titles include:

The game opens with a twinkling burst of music that welcomes the player straight into its magical atmosphere.  There are 5 transparent reels, bordered with green and gold, and set against an intricately-detailed, high-definition fairy tale glade at twilight, with trees, flowers, sparkling water, and a lilac sky in the distance.  The symbols on the reels are a variety of characters and objects from different fairy tales, including the frog from ‘The Princess and the Frog’, the glass slipper from ‘Cinderella’, and the golden harp from ‘Jack and the Beanstalk’.

In the background is a relaxing and realistic forest glade soundtrack, with chirping frogs and twittering birds.

This game is utterly beguiling!  Its rich and multi-layered gameplay not only tells a story, but also offers an impressive array of winning chances.  It will keep you as absorbed as a well-told fairy tale, and you’ll constantly discover new delights and surprises as the game unfolds.