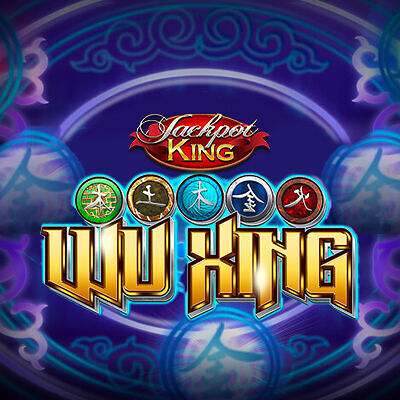 Wu Xing is an oriental-themed online slot from Blueprint Gaming that derives its name from the ancient Chinese principles of chi.  Dive into the five-reel, 25 line game to discover the secrets of the five modes or elements:  fire, Earth, wood, water and metal.  Unlock great riches by selecting which element to battle in one bonus game.  The free spins feature allows your to choose which element reins supreme by converting others for ele-mental wins.  With an RTP of a very healthy 96.568, there is a lot of good energy emanating from Wu Xing.

Genesis Gaming are a global online game developer founded in 2008 in Nevada, Las Vegas, right in the heart of the action.  Since then they have built up a dazzling portfolio of more than 200 games in 20 languages - including 50 titles in 2014 alone.  Genesis Gaming employ a seven-step development strategy and top-flight technology to create original games that delight gamers and unsettle some of the bigger players in the industry.  Their slots include progressive jackpots, video bonuses and more, with popular titles including Steam Punk heroes, Mystic Monkeys and Mount Olympus:  Revenge of Medusa available across all platforms:  online, mobile and land-based terminals.

The oriental theme of Wu Xing has been stylishly integrated into the game, with smooth animation and traditional panpipe music adding to the authenticity.  Symbols are made up of ancient oriental symbols for different elements:  fire, water, Earth, metal and wood, each with the same value.

The YinYang symbol is wild and substitutes for all other symbols except for the Scatter gong.

Spin three Scatter gong symbols to win 10 free spins.  You will then pick an element which will transform another element into itself (e.g. picking water will turn all fire symbols into water symbols).  This elemental imbalance is the key to big wins.

Landing two gong Scatter symbols during Free Spins increases the power of your element so that it converts another element into itself.

Landing an element symbol on each reel in turn will trigger the Wu Xing bonus feature.  Get ready to do battle by picking an element for Kuan Ti (the God of war) to take on the Lord of Death (Yen-wang).  You will then battle until your energy meter is empty.

Wu Xing has been optimised for Flash and HTML5 to ensure nothing is lost in translation when playing on mobile devices.

Wu Xing lets players harness the power of the five primal elements to summon some almighty wins.  Genesis Gaming took a risk in releasing another oriental-themed video slot, but the execution of Wu Xing - particularly the Free Spin feature and the high RTP of 96.856% - make this game stand out from the crowd.  The Wu Xing Bonus Feature is also very satisfying with the multi-coloured reels and crescendo of sound effects building the excitement before battle begins.