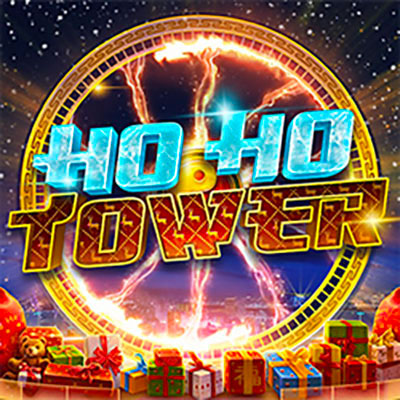 Ho Ho Tower is the Christmas version ofHong Kong Tower, which is also an Elk Studios production like this slot.This is an oriental themed 5 reel 99 ways to win slot with a colourful theme- it’s all about celebration and pomp in this one. The story is based on thelight show in Hong Kong set in the city’s skyline at the Hong Kong Tower.If you can’t make the trip to the 6,000 miles away city, then you’ll have to settle for this video slot which promises to be just as unique as the real thing.

Ho Ho Tower has a unique Wheels of the Sky Bonus feature where punters end up winning cash rewards and mystery icons which give you bigger wins. Start your stakes from 10p to £50 a spin on desktop and mobile devices.

ELK Studios was founded in 2012 in Sweden. Their main focus at the moment is developing mobile casino games. They believe that quality games are better released in smaller quantities, instead of a mass production of lower quality ones. They’ve released quite a few slots so far, but these continue to become more and more popular among gamblers across the world.

The Ho Ho Tower slot has that Hong Kong skyline setting which is very colourful,bright and attractive.Expect a front row seat to the largest light and sound show ever. Design includes colourful laser beams,searchlights and a great soundtrack. The game also has animations for every time you form a win.The symbols are beautifully rendered and fit in with the game theme perfectly. These are; Christmas sweets, a festive gold 7, lotuses, the diamond and Christmas bonsai trees. The lucky 7 symbol has the highest payout of up to 1500 coins.

Once the bonus starts the setting will transform into 3 wheels of the sky, which fill up the Ho Ho Tower roof.The first wheel spins andrewards you with a cash bonus. You can also Level up by hitting the appropriate symbol and moveon to the next level wheel which promises even bigger wins. This Christmas edition slot offers an extra chance to level up on the 1st wheel which isn’t an option in Hong Kong Tower.

The goal of the bonus feature is to reach the 3rd wheel where you can win even bigger and its quite the race before yourun out of lives. Wins can go up to 500xyour total betplus other amounts up for grabson the 1st and 2nd wheels.

Ho Ho Tower slot has medium to high variance.Potential maximum wins per turn is lower at 1,530x your stake, instead of 3,016x your stake. Most punters have found that Hong Kong Tower is more profitable because of the higher win.