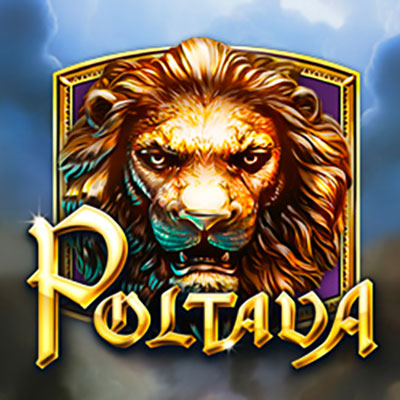 Poltava: Flames of War is an intricate and beautifully designed game by Elk Studios, complete with detailed graphics that make it stand out as something truly special. This action thriller slot with its own original battle theme is set in early 18th century Ukraine, amidst the chaos and bloodshed of the Great Northern War. In this pivotal moment from history, the Tsardom of Russia and the great Swedish Empire battled for a long twenty-one years, the result being a Russian victory and the decline of Sweden’s once great power and influence. This slot game asks you to join the war as you spin the reels and fight against the opposition. You’ll play in hope of securing great power and victory, keeping your fingers crossed for bonuses and cash prizes along the way.

An animated opening video sets the scene for players, a sombre voice declaring “The Great Northern War has been waging for 9 years, countless lives lost in flames of war.” As stormy skies are depicted over a barren battlefield, the voice asks: “Can you change the past?” While it might be impossible to alter history, this game does give you a shot at changing your future as you spin in hope of good fortune. Will you land mysterious blue WILDS or trigger one of the bonus features for a big win?

Elk Studios was established in 2013 and has grown into a prominent casino game developer over an impressively short period. Having created inventive, lively games such as Taco Brothers and Wild Toro, Elk Studios have fast become recognised for their unique ideas and style. The team’s focus is as much on gameplay as it is on creating stunning graphics, with some great game models and plenty of additional features which are unlike those seen in other games. Elk Studios have had remarkable results since they started creating video slots and we can’t wait to see more from them.

Poltava has 5 reels and 40 paylines, giving players plenty of opportunities to land winning combinations. The lowest value symbols are playing card symbols 10, J, Q, K and A, which can win you up to 100 times your bet. Higher paying symbols are represented by the cavalry, artillery and infantry symbols, all of which can trigger the Marching Reels bonus. This is just one of the game’s additional features.

Poltava is a stunning game that will have players coming back for more, with interesting bonus features, impressive visuals and a whole load of exhilarating action. Deposit and spin today to experience this thrilling battle and lead your own army to victory.