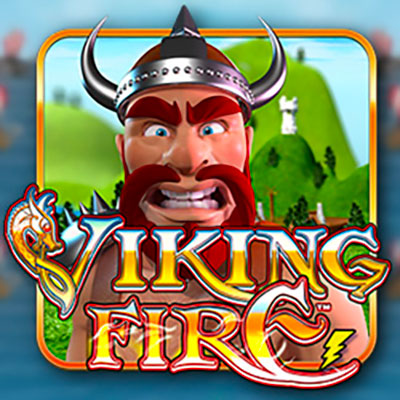 Time to go back to the Viking era, where hammer wielding and ginger beards took centre stage!

During the 8th and 11th century the Northern European Vikings raided homelands. Now it is time to grab your hammers to go back to the medieval times to play Viking Fire. Filled with mystical characters from bearded men to threatening women wielding swords, it certainly isn’t one for the faint hearted! Depicting a story from an old Viking village, the player should expect lush green plains and mythical flute lines. This slot is simple and takes you on an enchanting journey for delightful cash prizes!

Based in Sydney for over a decade, Lightning Box have firmly established themselves within the gaming industry. With their innovative outlook on games, they are increasingly eager to enter new markets around the world and have recently broke into social casino gaming and new mobile gaming.

Lightning Box not only offer an online gaming experience, but have fats become a huge developer within casinos around the world. The company, started by mathematicians quote that ‘A mix of great math, striking graphics, cinematic audio and just a touch of magic’ is a combination that undoubtedly leads to success!

Some other titles from Lightning Box include:

There are 40 paylines on this game, which are made up of 5 reels. To set the scene are green hills and trees accompanied by a flute melody. Adding to the fun will be a jingle every time you manage to grab a win!

The five game reels feature some medieval symbols including an axe man to the left of the screen, a helmet-wearing man with a ginger beard, a man wearing a turban holding a crystal ball and a sword wielding woman who you don’t want to get on the wrong side of! Other characters include a black and white spotted dog and a golden hammer to match the Viking theme.

Out of the regular symbols the ginger bearded man I the best to look out for as he pays out 750 coins for matching 5 symbols.

Hitting scatters and wilds always has the potential to send you into free games; bonus rounds and could have you drowning in golden coins in no time!

The medieval offering from Lightning Box offers up a delight. The backbone of the game is fun and easy to play, but it also comes with an extra package of interesting symbols and great graphics to enhance the gaming experiences even more!