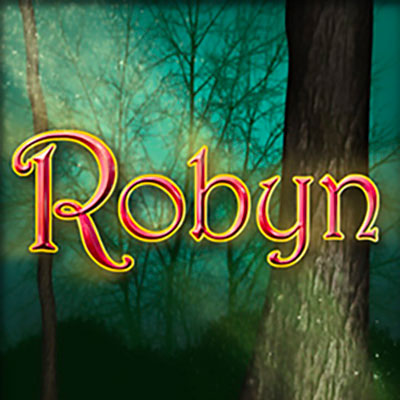 Let me introduce you to Robyn, an extroverted lady who has a good skill with a bow and arrow. In this online slot game you will be in Robyn’s shoes. Robyn is out there to take back her homeland and protect the people of it. A wicked queen took it over and there is a mission to take it back. This adventure filled game will have you constantly on the go with visual graphics, and the suspense will not leave you either! Overall, there is a feel good vibe received when playing this game and for those that like an immersive theme, this one is for you!

Genesis gaming aims to design creative slot games that can be played online. It is evident from their collection that they aspire to engage players in immersive themes because many of their games include creative graphics and themes. In fact, they have established themselves a name for creating high end graphics and their developers work to excel at this against their competition.  Since 2008, their collection has grown and they now have over 150 online slot games to choose from. Their theming strategy is based on demand so there is range of different online slot games, designed for customers’ needs and wants.

Robyn comes with an advantageous free spin feature with an increased speed to the reels which dials up the intensity of this fairy tale game. Keep an eye on your winnings which will display at the bottom of the screen (beneath the reels). This is also where the pay line is present. This game boasts no bet rate fall off, which means winnings are on the up! The developers have implemented some classic music which puts you right into a fairy tale.The reels encompass a mythical element which work well with the traditional 5-reel element. There are no paylines though which means there are 243 ways to win! All you have to do is match the symbols from left to right. Look out for the Wild Arrow free spins symbol for your chance to increase winnings! The other symbols are made up of characters, numbers and letters. The wild symbol in Robyn is bold green “wild” and will substitute all other symbols apart from the scatters. The scatter is represented by a target and also triggers Robyn herself who appears and starts to fire arrows at the target symbol. Three target symbols will get you twelve free spins and there is a chance to retrigger this bonus feature through the scatters turning into wilds!

This one has to be played to be appreciated because its imaginative elements will immerse you in a creative world of imaginary characters and missions. It is great to take yourself into a world of adventure. Although, you are relying mainly on the creative elements in the background/design features because there are not a lot of bonus rounds and so on. However, the whimsical persona can get you some great winnings! It is evident that inspiration has been hoarded from fairytale stories.