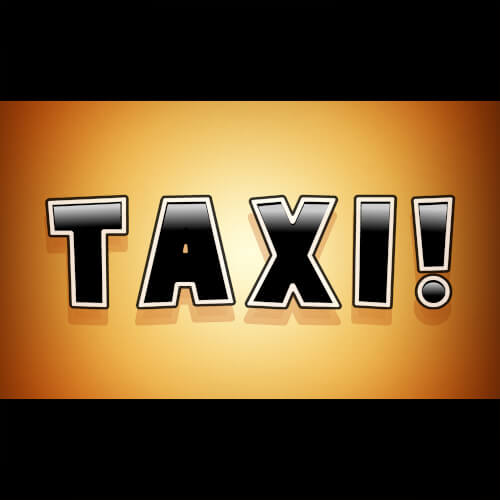 Ahhh the fun of an awkward taxi ride, where you can’t help hopping in and asking the driver if it’s been busy tonight, or when they get off (and then remaining silent for the rest of the journey). Or hopping in a taxi after a night out, and embarrassingly crying over your chicken nuggets, slurring your words, and trying to avoid being sick and incurring a hefty fee.

Well this taxi slot game ride doesn’t have to be like either of those all-too-familiar stories, as you don’t have to talk to anyone, and you’re much more likely to win a hefty fee than be fined one.

The Stars Group Inc (formally known as Amaya Gaming) is a Canadian gaming company, founded in 2001. They’re a tech giant in the online world and own brands like PokerStars Casino, BetStars, MEGASTACK and much more, making them one of the largest online gaming companies in the world. Their slot games fall in to a range of different themes from animals to ancient civilisations.

If you enjoyed their Taxi slot game then you might enjoy their other games for car enthusiasts, like The Italian Job, Grand Prix, and Fast Track.

You play this unique game on the windscreen of the taxi, and you’ll be playing with scatters, wilds, random multipliers, and a free ride bonus. The symbols include a stack of suitcases, traffic lights, a license, and a dude waiting for a taxi, along with number symbols in road signs. The dude waiting for a taxi symbol is the highest value – earning you 500 coins if you match 5 of them.

Wild symbol – the steering panel is the wild, and substitutes for any symbol other than the scatter and the free ride bonus.

Scatter symbol – the scatter is the taxi meter, land these anywhere on reels 1, 3 or 5 and you’ll get 5 times your bet staked, or if you land three or more you get to pick one of them, and this could award you the free ride bonus.

Random multiplier – this could happen at any time in the game, where a black cab driver will take over your screen and you’ll be shown what multiplier you’ve won – the highest multiplier you can win is 5.

Free ride bonus – everyone appreciates a free ride, and these ones can be activated with either the scatter symbols, or with the bonus symbols landing in reels 2, 3 and 4 at the same time. This will get you 5 free spins, after each spin, the windscreen is cleaned, and sometimes wilds will be added in random positions, increasing your chances of winning.

The Taxi slot game is an interesting take on the traditional slot, and it’s one that’s enjoyable to play. The random multipliers are a fun and rewarding addition, as is the chance to get a free ride. We salute any taxi ride that doesn’t make us feel awkward or embarrassed, so hail the Taxi slot!