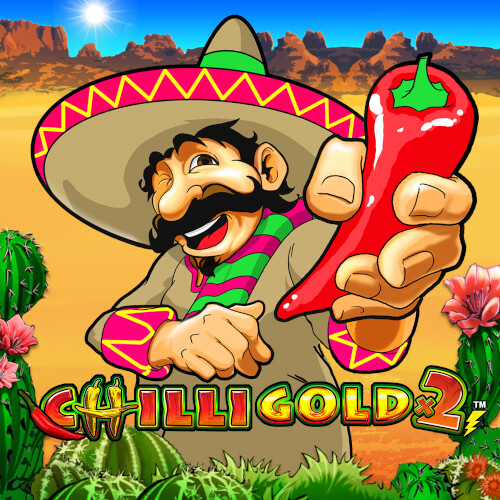 They say the hottest chili pepper in the world is the infamous Carolina Reaper Pepper.  This pepper is so hot that it’s become a challenge across social media to eat a chip coated in its flavour and go as long as possible without taking a drink.  Chilli Gold 2 won’t burn your tongue, but it’s sure to provide the same thrilling kick as the Carolina Reaper challenge.  In this fiery follow-up to Lightning Box’s original Chilli Gold game, this offering has even more hot and sizzling bonus chances.  It also serves up enhanced artwork, and a generous portion of Stellar Jackpots, which makes for a complex and delicious dish!

Since their inception over a decade ago, Lightning Box have established themselves as an electric presence in land-based and online gaming.  Founded by mathematicians, their games make use of a special brand of algorithmic genius, to create dynamic and truly original gameplay.  This doesn’t mean that they skimp on the artistic side of creation, however, and their titles are invariably as gorgeous to look at as they are to play.

Some of their other titles include:

This game’s high-definition artwork catches your eye immediately.  It’s even more colourful and entertaining than Chilli Gold, featuring a desert background, flowering cacti, a happy-looking cartoon donkey, and a cheerful hombre in a sombrero.  The reels feature a variety of symbols, such as guitars,bright blue parrots, and maracas.  Some of the game’s hottest bonus features include:

The handy Autoplay feature also gives you the chance to sit back and shake your maracas as you watch the reels spin by.

Chilli Gold 2 serves up a truly flavoursome and satisfying dish of entertainment, winning chances, and bonus features.  This one’s a scorcher!