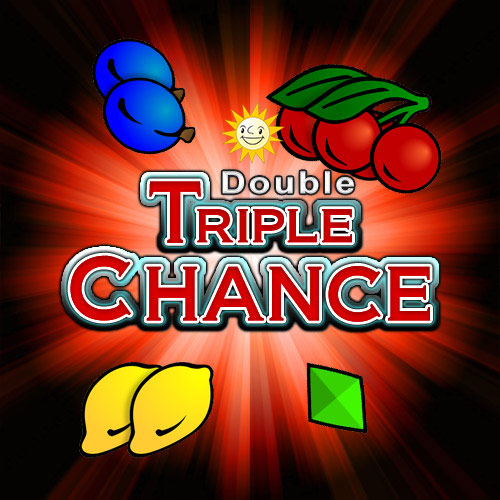 There’s nothing like an oldie slot that comes back to surprise us with new features and smoother gameplay. That’s Triple Chance by Merkur Gaming. The newlayoutimproves the odds in the player’s favour by a large margin.

It’s a 3 reel slot with 5 fixed lines. It’s a basic game for any beginner and this time round the controls are easier to learn. The background is features dramatic red brushstrokes and the reels include bright and bolder symbols.

Merkur Gaming is a German company with over 150 different titles. Most Merkur games can be found online at a small selection of online casino websites.Merkur slots aren’t usually cutting edge when it comes to design and graphics, but they certainly have a wide selection of options.

No matter what your preferences are, you are likely to find a Merkur game that you find fitting. Some examples include;

The game includes traditional symbols like cherries, bells, red sevens, plums, lemons, a green diamond, oranges and watermelons. All the symbol in Triple Chance are stacked which means there’s more winning opportunities. This is also so that the Re-win feature can come into play. The game’s fixed paylines means that wins may be a bit lower than what you’re used to. However, the game has the special ‘Double Up’ feature that could help you win bigger.

You can go as many as six times or end the feature when you land on the red segment.

Left Button – this starts a game where the player needs to guess the next card drawn’s colour. This could be either red or black and the reward isa doubledwin.

Right Button – this one starts off a ladder climbing game that looks easy, but don’t be fooled because it needs a lot of skill. Here your goal is to climb higheron the rungs to reach the prizes.

The game has a very basic design, but flows better and smoother than its predecessor. There’s good chances of winning, although the payouts are in low amounts. The fact that there are no special bonuses could also be a downer for many punters.