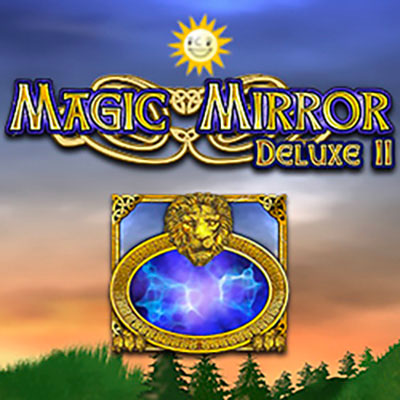 Enter into the Magic Mirror and to the magical land beyond, where treasure, gold and adventure awaits. This fantasy themed online slot game from Merkur Gaming, brings the fairy tale world to life with the mystical sorceress, the magical unicorns and of course, the enchanted castles. The magic mirror and the Celtic emblems transport the player into ancient times and immerses the player in the game. If you are ready to find out ‘who is the fairest of them all’, pass through the Magic Mirror and lets play this online casino slot game.

Merkur Gaming is part of the industry giant Gauselmann Group which was founded in 1957 and can boast an impressive 60 years of experience. Merkur was founded in order to expand the Gauselmann Group reach to outside of its native Germany. Merkur has done just that, providing high quality online slot gaming to many countries worldwide. The company has developed its land based slots and slowly but surely transformed them into well-loved online casino games. With each release, the quality of the games is improving and drawing player back for more.

The Brothers Grim are often viewed as the fathers of the Fairy tale and indeed they are responsible for many of the tales we know and love, surviving to the modern day. The brothers, Jacob and Wilhelm Grimm, were German academics and cultural researchers and many of the tales they are attributed with writing, were never initially written by them. These stories were ancient and existed long before the Grimm brothers where even born. When industrialization took root and traditions began to change so academics like Jacob and Wilhelm, made it their mission to save the stories from extinction and wrote them down, perhaps embellishing a thing or too. The original Grimm stories were never intended for children and contained dark themes, often of a sexual nature but over time the storied were softened and changed into the magical tales our children love today, and like the theme of this online slot game.

So, enter the magic world of the mirror and get ready to play this Merkur Gaming, online slot game:

selected for each re-trigger.

This magical online slot game will enchant you as you spin. The game is simplistic in nature and you will get to grips with it in record time. Overall the game is very enjoyable to play.