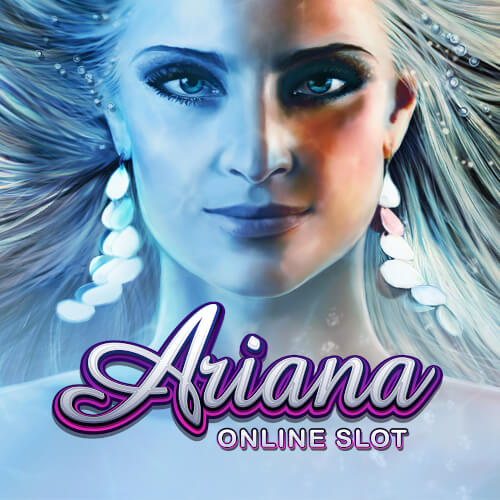 Ariana online slots casino game is set underwater in a bubbling kingdom and set to a beautiful soundtrack. Ariana appears up front with flowing hair and slowly blinking at you as you enter her kingdom. It’s a mesmerising introduction to the reels which are set against a backdrop of the coral reef. Payline symbols shimmer as a visual clue to potential wins in addition to the scatter symbol – Starfish – appearing to jump out of its container for you.
Quick Links: Online Casino | Casino Games | Starburst | Gonzos Quest | Immortal Romance | Reel Rush | Twin Spin | Blood Suckers

One of the original slots developers, Microgaming is based on the Isle of Man. Since 1994, they have grown in stature and have over 800 different slots which are played across the world and of a very high graphical standard. In 2010, they launched an integration platform called Quickfire Games which enables other game developers to offer their games through Flash and Mobile platforms.
If you like Ariana slots you might also like the following underwater game from them:
Or for a different kind of underworld:

Ariana online slots has a 5 reel, 3 line, 25 fixed payline format.
There are the usual playing cards at the bottom of the paytable, moving up through rocks, seaweed, to the treasure chest and Ariana herself at the top of the paytable.
Click ? to view the rules and paytable.

Expandng Symbols
If you spin the same high paying symbol on each row of the first reel, then if matching symbols on any of the reels are part of a winning combo they will also expand xpand to fill the reels they are on.
Free Spins
Triggered by three or more scatters, you get 15 free spins and free spins can be retriggered during the free spins, earning you even more freebies. The expanding symbols also work during free spins.

Ariana online slots casino game uses a well-known theme of a mermaid’s underwater world but with a modern design and appealing interface. However there are no hidden bonuses. Both potential features – free spins and expanders - are available in the main game. If this is the kind of thing you like, you’ll love Ariana slots. But if you want hidden features, why not try the following underwater themed games: