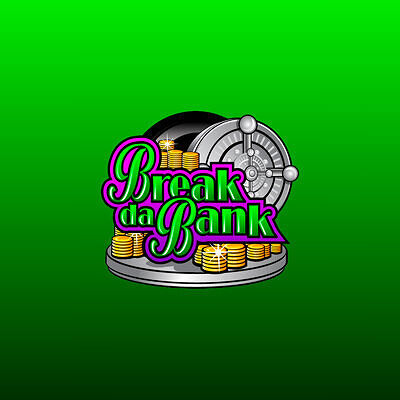 Often or not, you hear stories of how the big banks of the world can manipulate the accounts of many clients that have signed up fr their services, and how they can leave them broke. What if people had the chance to turn the tables around?

It is no lie that Microgaming has been around since Google has been established, but it is also no lie that they are known to be one of the world's top leaders in the video casino gaming industry. Even though many players are attracted to game products that have clear audio and sharp graphics, they would only return to a particular game if it has perfect gameplay and structure.

This is what Microgaming always implements in every game that they develop and publish. Don't think so? You should give a shot at some of their other games like Jack in the Box, Cops and Robbers, and the classic Blackjack, and see how none of the developer's games falter in any way.

You can't get a simpler slot game like this one that The developers have created...It's so simple that it only has 3 reels and 5 pay lines!

The base symbols that appear on the reels emphasise how much The Game is set on money.

The dollar signs, the gold coins, the vaults, and the bars are what consists of the base symbols that you will see. Even though there aren't any SCATTERS, or a lot of BONUS FEATURES that could help boost your winnings, there is a special symbol that you'll have to watch out for on the spinning reels.

There are no tricks that the game gives you, as your only mission is to take as much as you can from the bank, and run away with the money as fast as you can!

Break Da Bank has been appraised by many casino gamers that have played the slot for its simplicity. Why should boosting your cash prizes be such a hassle, a tedious task, or even a complicated heist for that matter?

Additionally, you can trust Microgaming for making some of the simplest online slots that you could think of. With a large RTP rate, how could resist trying to break the bank today? Give it a shot when you get back home from work today!