Emperor of the Sea 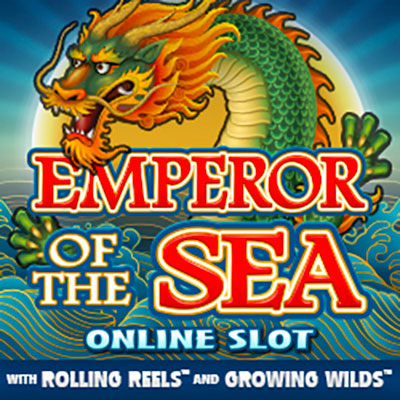 Emperor of the Sea by Microgaming is an oriental themed slot. It takes punters on an exploration journey through the maritime culture of historical China. China was among the first to establish trade routes via the seas. They managed to gather wealth, weapons, connections and more through the seas.

As you dive into this rich culture, you’ll also win in this 5 reel, 88 line video slot. The number 88 is considered the luckiest number according to Chinese culture. Spinners can choose one of 3 payline options; 38, 68 or 88. Each of these numbers represents fortune in Chinese culture. This slot also has bonus features like 8 free spins, rolling reels, growing wilds and more. It has a medium to high variance with an RTP of 96%.

They launched their first online casino in 1994 which still use Microgaming software more than 20 years later. However, it’s the Viper software they released in 2002 that made the company a game-changer. Microgaming rose heights they’d never seen before and became the most efficient gaming solutions provider. They’ve been in the game for more than 20 years, which means that some of their slots are showing their old age.Microgaming has had to work twice as hard to compete with other companies because of this

The action is set within among swirling waves and bright sunlight and the symbols are rendered in a traditional Eastern style. Game symbols represent the loot that’s been transported via ancient Chinese merchant ships like jade vases, turtles,golden sycees – an ancient mode of currency used in the oriental world.Ancient sea beasts like the sea dragon and Koi carp are also game symbols.

Emperor of the Sea has a simple theme and is very easy to master with a few spins. Wins could go up to 1,800x times your bet on each spin. It’s a good slot option for anyone who doesn’t want to go through the usual Chinese New Year oriental theme. The unique features make this slot very pleasurable.