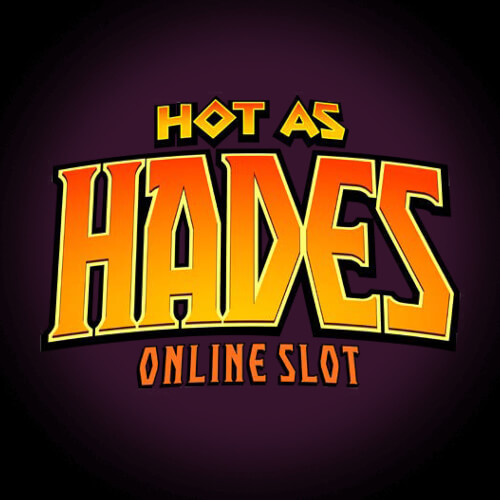 Hot as Hades is exactly what it says on the tin: a fiery, exciting video slot with a Greek mythology-theme. Descend into the underworld if you dare, and face your fears with Hades, Medusa, the three-headed hound, Cerberus, Poseidon and the almighty Zeus. Will you be defeated by the wrath of the Gods and their beasts, or vanquish them on the slots?

Based in the Isle of Man, Microgaming are one of the forefathers of online video slots, boasting the world’s first true online casino software in 1994. Not online do they have one of the longest-standing online poker networks in the world, but their catalogue offers over 850 casino games, including Jurassic Park, Playboy, and Terminator branded video slots, over 350 mobile games, and a record online bingo win of 5.88 million pounds. When it comes to gambling, you’d be hard pushed to find a developer with a vaster library than Microgaming.

Forged in their fires of Greek mythology, Hot as Hades is one of the most exciting video slots you’ll play. The slow heroic soundtrack will instil you with courage as you play the slots, and if the luck of the Gods is on your side, epic sound effects will celebrate your triumph. The aesthetic depicts a cartoon realisation of the mythological underworld, with Gods and beasts re-imagined with a DreamWorks-like flare. Animations of Hades performing funny tricks, sound effects, and bonuses all combine to immerse you into the world. Your conventional Wild and Scatter symbols are present in the form of a burning wild logo and glowing animal skulls, to award you your well-earned win lines and free spins. 3, 4, or 5 Scatter skulls trigger the quest for the crystal helm: a multi-level bonus game which puts you in the role of Hades, and has you choosing from pots, doors, and shells to rein in divine treasures. This bonus game is stunningly animated and scored, and puts other slots’ art styles to shame. There is also a randomly triggered Super Mode which awards five free spins and has guaranteed Wilds added into the mix for even higher chances of winning big.

With its stunning visual style, cinematic score and sound effects, and abundance of extra animations and bonuses, Hot as Hades is indeed one of the hottest video slots on the internet. There is plenty to keep your excitement, whilst remaining simple and intuitive. The Greek mythological background makes for an excellent change of backdrop for those a little exhausted of basic video slots. Its style and humour will pull you down to its fiery depths, and don’t expect to resurface any time soon.