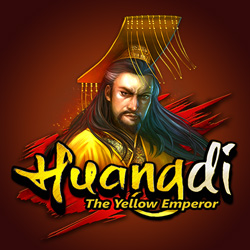 Huangdi is an ancient Chinese emperor whose reputation as a mighty ruler has been brought to life in Microgaming’s new five-reel, 25 pay-line original slot.  Although this is a theme that has been explored before by Microgaming and others, Huangdi - Yellow Emperor brings something new to the table with its Expanding Symbols and Free Spins game.  Earn the respect of your underlings by spinning wild symbols during the Free Spins round and watch as they expand to boost winnings.  The attention to detail seen in flourishes like calligraphic symbols and authentic sound effects all add to the oriental ambience.

Microgaming is one of the best-known names in the world of online gaming for good reason.  They began life in 1994 by helping to set up one of the very first internet casinos - the Gaming Club.  Since then, Microgaming has maintained its position at the forefront of the industry by building up a portfolio of more than 850 games and even more variants to cater to ever possible taste.  As well as its dominance of online slots, Microgaming has led the way in bingo games, sportsbook, multiplayer and live dealer games to make sure there’s something for everyone.  If you haven’t already, why not have a go on these popular online slots from Microgaming:  Battlestar Galactica, The Dark Knight Rises, Game of Thrones and Mega Moolah (for those who like progressive jackpots!).

The ancient oriental aesthetic of Huangdi - Yellow Emperor from Microgaming is smoothly executed, with a vivid coloured game-board set against rural China.

The basic-level symbols are J, Q, K and A, all rendered in calligraphic strokes, while the premium symbols pay homage to the respected leader and include Huangdi’s ornate sword, an ancient instrument and a portrait of the great man himself.

Winning combinations are outlined in flames which perfectly compliments the ancient combat-style music.

If you spin a stacked reel of symbols on reel one then this symbol will expand elsewhere on the game-board.  This feature is active during both the base game and the free spins bonus game for some emperor-worthy wins.

Spin three or more golden dragon symbols to trigger the ferocious free spin bonus and be in with a chance of winning up to 60,000 coins.  Any Huangdi wild symbols that appear will expand and regular expanding symbols are also in play during this bonus game.

Huangdi - Yellow Emperor from Microgaming takes a tried and tested theme in the form of oriental mythology and reinvents it to great effect.  The Expanding Symbols and Free Spins round with Expanding Wilds mean that this understated online slot game does pack a serious punch.  When you consider that you could win 60,000 coins in the free spin round and a jackpot of 1000x your stake, it is clear that Huangdi is not an emperor to be messed with.