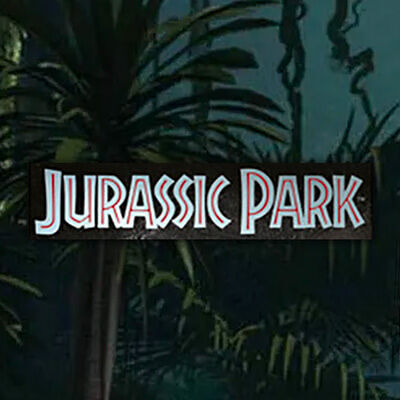 Jurassic Park is one of the ambitious and most beloved blockbuster movies of all time.  Microgaming have stepped up to the plate once again to take on the challenge of turning the Spielberg masterpiece into a stunning 243 ways-to-win, five-reel online slot, both in terms of aesthetics and in the enormous scale of its features.

The animation is nothing short of breathtaking - particularly during each of the five unique freespin features.  What’s more, all of the prehistoric action is accentuated by a heart-pumping score that creates the kind of tension that is rarely found in online games.

Founded in 1994, Microgaming were there at the beginning and helped to develop the Gaming Club, the world’s first online casino.  Since then, they have grown into a super studio as known for their original casino content as they are for responding to public demand for third party software.  With over 850 games, Micrograming boasts a diverse portfolio with something for everyone.  Action fans can spin a win with Game of Thrones or The Dark Knight Rises, while those with a softer side can give Immortal Romance or Bridesmaids a chance instead.

As natural trailblazers Microgaming have recently began working with VR technology to make sure it remains at the vanguard of gaming development.

The basic symbols are represented by the stars of the show, the dinosaurs, T-Rex, Brachiosaurs, Velociraptor, Triceratops and Dilophosaurus all making an appearance.  High-paying symbols comprise the original cast of the film including Dr Ellie Sattler (Laura Dern) and Dr Ian Malcolm (Jeff Goldblum).

The all-important blocks of fossilised amber are scatter freespin symbols and jurassic park emblems are wild, substituting for every other symbol except for scatters.  It’s time to dig into the details:

Randomly triggered during any spin in the base game, the undisputed dinosaur king will roar into view leaving a total of 35 extra wilds on the reels for six super spins.

Spin three or more amber scatter symbols to trigger the free spin round.  You then select one of five dinosaur buttons to randomly decide your feature.

Jurassic Park might be the continuation of a 65 million year-old adventure, but this new slot from Microgaming doesn’t feel like an old fossil in the slightest.  Details from the dinosaur animation on premium symbols and the pouring rain during the T-Rex bonus are all stylish nods to Spielburg’s blockbuster.  Because dinosaurs are larger than life, the free spins feature had to impress - and with five unique games it does not disappoint.