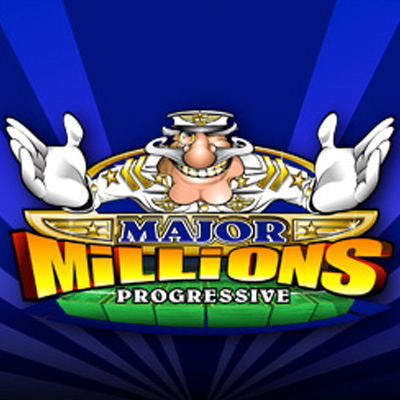 Major Millionsonline slots casino game is one of the simplest, most enduring slots game around. Based around military symbols (source of the major in the title) and with a military marching soundtrack, it is for all military enthusiasts. It’s simple inasmuch as there are no extra bonus features in the game and the graphics are dated. All the thrills are based around the progressive jackpot and potential increase to wins from the appearance of wilds and scatters.

One of the original slots developers, Microgaming is based on the Isle of Man. Since 1994, they have grown in stature and have over 800 different slots which are played across the world and of a very high graphical standard. In 2010, they launched an integration platform called Quickfire Games which enables other game developers to offer their games through Flash and Mobile platforms. If you enjoy Major Millions, you might also like their Flying Ace online slots game.

Major Millionsonline slots has a 5 reel, 3row, 15payline format.The game is a jackpot game so the money bet by all the people who play the game contributes to the Jackpot which grows and grows until someone wins it.

Click View Payout to view the rules and the paytable.

Select the number of lines you want (1 to 15), and your coin level or click Max Bet to take you to the maximum if that is where you want to go. In order to be in with a chance of winning the jackpot, you’ll need to place the maximum bet.

You can play auto by clicking Expert and then Autoplay and selecting a number of spins and clicking Start. You can stop autoplay at any time.

Or you can just spin manually if you prefer.

Major Millionsonline slots casino game is a classic game with low tech symbols and no bonus features. On the upside it has a progressive jackpot which is alluring enough for some although you will need five wilds on line 15 to win that.  Ordinary wins are increased when wilds and scatters come into play and so this may be enough to keep you entertained during play. If you like Major Millions slot you might also like these: