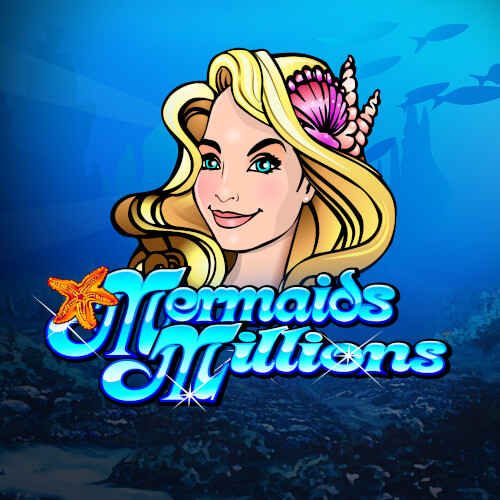 There’s something exciting about slots that take us to the depth of the ocean, whether it’s exploring the unknown, meeting the fascinating creatures that live there or simply living out a child-hood fantasy. Well, this aquatic-themed game offers all of the above. As the slot progresses players will be taken on a number of underwater adventures with the chance to win some sought-after prizes thanks to its regular pay outs and fantastic features, not to mention the help of King Neptune.

The seabed topic is present throughout from the marine-life icons to the underwater audio and the laughter of a mermaid. The slot’s backdrop takes places underwater with a youthful-looking mermaid to the left of the reels and a sunken treasure chest to the right.

As one of the more established online developers, Microgaming promise slots that are both premium in their design and exciting in their game-play. What's more, they are also known for their industry firsts, given they were the leading software supplier to introduce a mobile casino to the World Wide Web.

That said – you’ll find most of their games available to play on smartphones and tablets, and the graphics and game-play are just as impressive. Their reputable status also means their games can be trusted too. In fact, they’ve often been described as one of the most safe and certifiably fair suppliers among the online gaming world.

Mermaid Millions is a 5-reel, 15 payline game with all the components of a great slot including Free Spins, a WILD, a bonus game and a multiplier. As previously mentioned, King Neptune is there to help you out, and as the game’s WILD symbol he certainly will. Substituting for all icons in the game, apart from the SCATTER, King Neptune has the power to produce more lucrative wins as well as the game’s top pay out which is an impressive 7,500 coins. While, the SCATTER symbol is represented by the striking fair-haired mermaid. If she appears 3 times across any of your reels, you’ll receive 10 Free Spins and all prizes will be tripled.

The treasure chest is the bonus symbol, so if players find 3 or more of these across their paylines they’ll trigger the Treasure Chest Bonus. This will open up a new screen where you’ll need to pick from a range of shells. Players will get to choose 3 or 5 shells based on the amount of treasure chest symbols collected. You’ll then be given a range of shells to choose from, each containing a different prize. If all of your picks reveal cash prizes, then the total will be added to your pot.

There’s nothing complicated about this game, so its success is hardly surprising. Proving popular with thousands of gamers since its release, it’s now a top choice with slot players all over the world. The key to winning big in this game is activating the Free Spins round as this can lead to the game’s high-paying Treasure Bonus symbols.