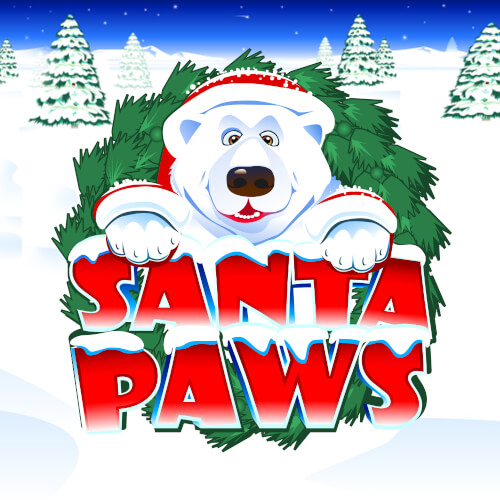 The visuals are in keeping with the theme but a little outdated in comparison with the more recent slots, however don’t let that dampen your Christmas spirit! In Santa Paws you can get free spins with a 7x multiplier and the highest jackpot will multiply your line bets by 4,000.

If you’re sick of hearing those sleigh bells ring, then developer Microgaming has more than 300 other non-festive games to get your hands on.

Microgaming launched their first online casino in 1994 and has since become a renowned supplier of online slots software. In 2002 the company released their improved Viper software, which was received positively by both its operators and players. Unlike most internet casinos, Microgaming pays out jackpot wins immediately and in full and has paid out more than $100 million since their first casino launch.

In addition to an exemplary payout ethos, Microgaming received high praise for its software, winning two awards in 2010 -the Casinomeister’s Best Software Supplier Award and the Best Casino iGaming Software at the 2010 iGB Affiliate Awards. So why not check out some of their other offerings including ‘City of Gold’, ‘Battlestar Galactica’ and ‘Cricket Star’.

Not one for subtlety, Santa Pawsserenades the player with the heavenly sound of sleigh bells on every spin. Similarly, the bonus round features a lively rendition of ‘It’s Beginning to Look a Lot Like Christmas’.

Each of the Christmas critters occupying the reels has a different ranked value. The white rabbit is the least valuable (sorry rabbit owners), then the owl and the sea lion. The snow wolf will deliver the best payout with a winning line multiplier of 750x.

If the player gets a winning spin of the reels they have the opportunity to play the side game. Just click the ‘Gamble’ button that will take players to a new game screen where a Santa Paws playing card will be shown, with its colour hidden. If the player can guess the colour correctly they will double the amount of their spin. If you’re a secret telepath and can guess the full suit then you can quadruple the amount from the winning spin.

By focusing on a central theme so strongly, Santa Paws will inevitably limit its appeal to the broader audience, especially out of season. The game has a very charming, albeit dated visual quality with sound and renditions of Christmas classics bound to please those who wish Christmas lasted all-year-long. Those players will enjoy a large amount of options when they spin but little in the way of engaging bonus games. For non-Christmas fans there is little here to entertain.