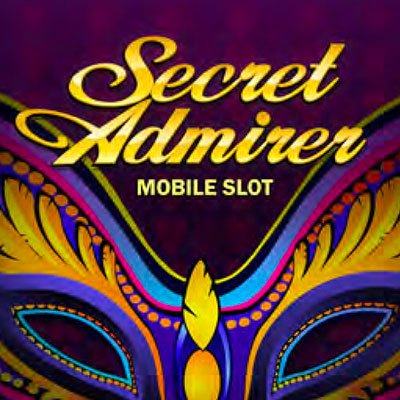 Discover your secret admirer, fall in love or just have fun with this romantic video slot machine from Microgaming. You could even stage a romantic get away with an ultimate jackpot potential of 50,000 credits. Who knows? It’s all to play for in ‘Secret Admirer’.

The game features 5 reels and 9 paylines. For a romance-themed game, the 2D visuals aren’t over-the-top and present a classy offering to woo potential players. It won’t be everyone’s first choice for a spin, but there is something here for every player to enjoy with extra gameplay such as wild wins and free spins with special scatter wins.

If you’re a helpless romantic, you’ll feel very at home with these reels, which are covered in classic, traditional romance-related iconography such as red roses, diamond rings and mystic masquerade masks.

If romance really isn’t your thing, then Microgaming is not short of other fantastic experiences to enjoy including blackjack, Mega Moolah and Thunderstruck.

Microgaming launched their first online casino in 1994 and since then has become a renowned supplier of online slots software. In 2002 the company released their Viper software that was received positively by both its operators and players. Unlike most internet casinos, Microgaming pays out jackpot wins immediately and in full and has paid out more than $100 million since their first casino launch.

In addition to an exemplary payout ethos, Microgaming received high praise for its software, winning two awards in 2010 -the Casinomeister’s Best Software Supplier Award and the Best Casino iGaming Software at the 2010 iGB Affiliate Awards. So why not check out some of their other offerings including ‘Artic Fortune’, ‘Avalon’ and ‘Adventure Palace’.

If the romance gets too much, players may be tempted to indulge in the bonus gameplay. The wild symbol is represented by the masquerade mask, which will help players complete winning formations. One symbol to watch out for is the diamond ring scatter, which doesn’t pay its prizes as line bet multipliers. Instead, players will be rewarded with total bet multiplier worth up to 50x whenever two or more of these symbols appear on the reels. However players won’t be able to rely on the wild mask symbol to complete scatter wins but they will get a bonus boost when two or more diamond rings appear on the reel with a set of 3 free spins.

This is not necessarily an impressive bonus but it does offer the chance to boost your betting balance and potentially present a 50x total bet multiplier three times over. You will have to decide how many paylines to activate on the 5 reels, with 1 to 9 available to play with

Microgaming has created an online slot that offers a huge variety of winning combinations, despite having relatively few paylines. So there is something to attract casual and more advanced players to the reels.