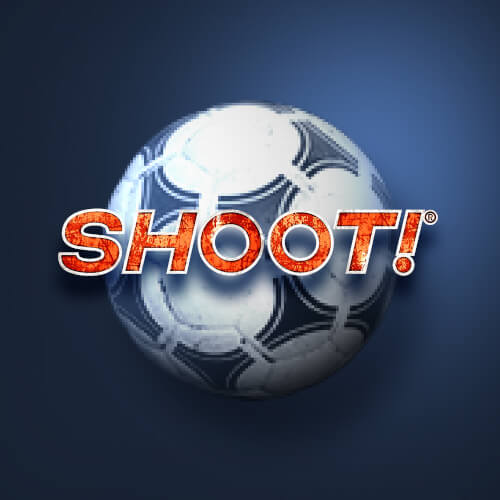 Football fans rejoice as Microgaming brings back the golden years of football: the 80’s and 90’s. Relieve the days of Cantona and Keegan to Pele and Maradona, ass these superstars are set to grace your screens once again in this football themes online slot game. Join these football legends like Best and Beckenbaeur, and immerse yourself in the footy life with pies galore as you spin. The reels also feature footballs and bonus cards, all set against the backdrop of the football stands and the roaring noise of the fans as they enjoy the game.

Since the founding of Microgaming in 1994, they have constantly changed, developed and updated their graphics, audio and game quality and established themselves at the forefront of the online gaming industry. They continue to create exciting games year after year bringing players back time and time again. Their experience over two decadesis evident in the titles they have created. If you loved Shoot! check out some other Microgaming titles:

There are many references to ball games in ancient and prehistoric history and played by indigenous peoples in different parts of the world. In 1586 men from the ship of an English explorer played a game alike football with Inuits in Greenland. In 1610, a colonist in Jamestown recorded a game, again very alike football, played by Native Americans. In Australia, many tribes of indigenous people played kicking and catching games with stuffed balls. England was the first country where the game was officially developed and eventually codified. The push for codification of the sport was to unify English public school and university football games. It is thought that team football games may have been being played in English schools since at least 1581.

If you are football crazy and can’t wait to get started, check out the rules and features of this online slot game.

If you are a football fan, there is no better online slot game for you! Enjoy this Microgaming throwback.