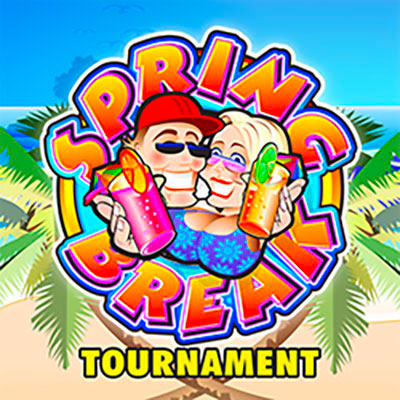 The words ‘Spring Break’ evoke a number of images, many of them involving scantily clad students who might have had one too many.  Microgaming have let their hair down with Spring Break, their take on this raucous American tradition.  This simple slot gets the party started with an eye-catching theme complete with symbols you’d expect to see at a party (including beer).  Although there is only one bonus game, any winning combination which includes a wild symbol is doubled for some decent winning potential.

Despite the name, Microgaming have a mega presence in the world of online gaming.  Established in 1994 and based in the Isle of Man, Microgaming were responsible for setting up one of the first online casinos in the world:  the Gaming Club.  The online gaming giants have gone from strength to strength since then, building a portfolio of over 850 games.  Microgaming provide casino operators with their own original content such as progressive jackpot slot Mega Moolah, which held the record for the largest online jackpot ever paid out,  and Immortal Romance, as well as licensed branded games like The Dark Knight Rises and Jurassic Park.  They also have fingers in other industry pies including bingo games, multiplayer and live dealer experiences.

Spring Break sets the scene with inviting colour and a colour palette which suggests the sand and sea.  The audio is of people chatting and having fun in the background which makes it feel a little more like a Spring Break party.

Basic-level symbols are all things that you might expect at or nearby a beach party - including beer, a burger and ice lolly while higher value symbols include a partied out chap on an inflatable, a truck racing to the party and some student sunbathers.

The Spring Break Wild symbol deserves special mention because it doubles any winning combination in which it appears - party on.

Land three or more Beach Party scatter symbols to win yourself an invite to the free spin beach party of the year  Once triggered the party can really start with 15 free spins, each with a scorching 3x multiplier.  To keep things going till the break of dawn spin three more scatter symbols to retrigger the feature.

Get on some suncream and head to the beach with Spring Break from Microgaming.  Despite the popularity of Spring Break as a party season, this is a relatively rare theme so props must go to the developer for this one.  Nice little twists like the Spring Break Wild paying 2x every winning combination give this game a lift beyond the average.  Also, the Beach Party Free Spin feature is definitely at the more generous end of the spectrum with 15 free spins and a 3x multiplier.  Put on your favourite Hawaiian shirt and give this one a try.