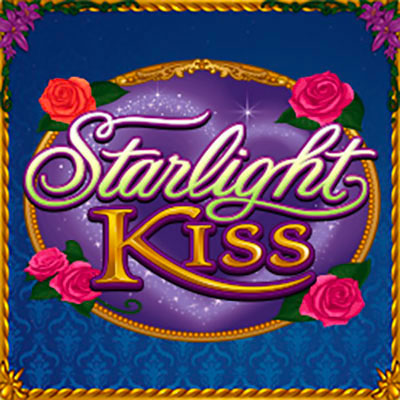 Proof that they do have a romantic side after all, Microgaming have gone all Mills and Boon with Starlight Kiss, a five-reel, 30 pay-line online slot game.   The romance theme is deliberately heavy-handed and fun.  It is your job to play matchmaker as you spin the reels, hoping to trigger the Free Spin round which includes 14 spins with a 2x multiplier to get your heart racing.  Things heat up when you trigger the Romance Bonus and fill the romance meter with hearts for a multiplier of up to 10x.

Although Microgaming are a ubiquitous name within the online gaming world, it’s a little-known fact that this gaming behemoth helped to set up the very first online casino known as the Gaming Club.  Their product-offering is vast and includes VR games in conjunction with Oculus Rift technology, live dealer and sportsbook games.  However, it is probably Microgaming’s portfolio of more than 850 games which have attracted most attention.  Their catalogue includes licensed content as well as in-house titles including Mega Moolah, The Dark Knight Rises, Jurassic Park and Terminator 2.  Those who appreciate the sensitivity of Starlight Kiss might also enjoy Bridesmaids.

Look out for the rose-adorned Starlight Kiss symbol as this substitutes for all other symbols except for the country manor scatter.  Basic symbols may be standard playing card symbols from 10 up to A, but each is given a loving touch with different coloured flower decoration to prove that romance isn’t dead.  The roster of premium symbols includes a luxury box of chocolates, a love letter complete with quill, a romantic lothario who somewhat resembles Cliff Richard and the blonde beau who has stolen his heart.

Land three or more country manor scatter symbols to trigger the Free Spin round.  Players can fall in love all over again with 14 free spins each with a beguiling 2x multiplier.  This feature doesn’t have to be a one-time affair as it can be retriggered by spinning more scatter symbols.

Land three romantic embrace symbols on reels two, three or four to be whisked away to a romantic moonlit scene where a pick-a-win style gam awaits.  Players can win up to a 10x multiplier by collecting hearts to fill up the ‘romance meter’ - just be careful not to break them.

Pucker up for Starlight Kiss, an entertaining and strangely amusing online slot game from the heartthrobs at Microgaming.  With more roses than an average florists and mood music to boot, this is a slot that reels you in and steals your heart.  The Free Spins and Romance Bonus are both perfectly suited to the theme, while a jackpot of 420x your stake means that although absence makes the hart grow fonder, you’re likely to return to this one.