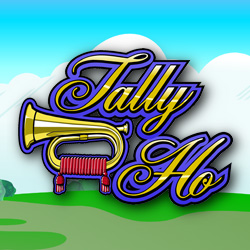 Put on your best moustache, learn the Queen’s English, and put a stick up your backside because you’re off to a jolly good tea party, where you can eat cucumber sandwiches and scones, then wash it all down with a good cup of tea while making remarks about the state of the economy.

Don’t worry, this slot game isn’t quite as boring as that would be, but it does have a simple and straightforward approach – something that our comrades at the garden party would probably rather enjoy, don’t you think?

Microgaming has been a key player in the online gaming world since it was founded in 1994 – it has since been bought out by NYX Interactive in 2012, and brings an array of different slot game experiences to users, to suit their unique and differing tastes. From spiffing games like Tally Ho and film-inspired games like Bridesmaids, to mythical fantasy lands like Avalon, Microgaming are at the forefront of game developing, and you’re guaranteed to find at least a few games that you’ll like.

So, back to the tea party. One can’t waste one’s time with bonus games, and so the Tally Ho slot game is for the users who just want a simple game of slots. It’s set out much in the same way as a classic slot game would have been in a casino, further cementing itself into a simpler time.

You’ve got 9 pay lines in this game, with some items on the reels that even the Queen might enjoy – strawberries and cream, scone, cucumber sandwiches, a pot of tea, cheesecake, a beautiful stately home, a yellow car, and Mr and Mrs Fox (maybe the latter two she wouldn’t enjoy so much).  If you’d rather just sit back and eat your cucumber sandwiches, you can select the auto play button – which will do the legwork for you. Now that’s a good fellow.

Wild symbol – represented by a bucking horse, and like any good wild card it will substitute any normal symbol on the reels, and will double the payline win.

Scatter symbol – represented by a trumpet, and a very lovely trumpet it is – by paying out no matter what position it’s in, active payline or not! You’ll also get 10 free spins if you land 3-5 of these symbols. Jolly good old chap!

Not to be scoffed at, this slot game does simplicity very well, and doesn’t need excessive or complicated bonus rounds to make it enjoyable. There’s some good chance of winning in this game, especially with the scatter symbols. Tally Ho!