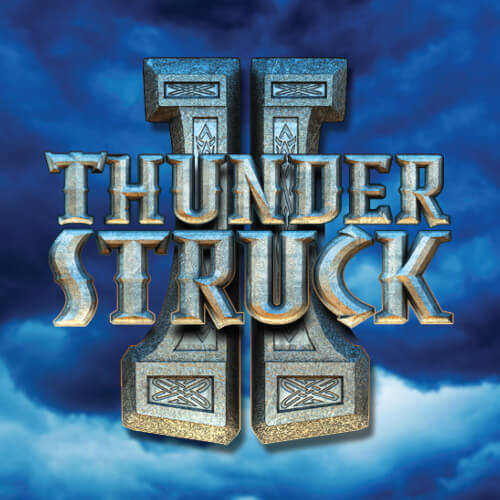 Microgaming has done it again and this time Thor is back with a vengeance. The even bigger and better online slot game Thunderstruck II, with spectacular updated graphics brings the Nordic God back into the gaming world. This enhanced version of the epic mythological tale, contains all the old brilliance of Thunderstruck, with some seriously cool upgrades. The sequel introduces us to some new Norse Gods, including Odin, Valkyrie and Loki. Thor’s home now features on the reels as well as the Ship, the Thunderstruck II logo and Thor’s mighty Hammer. Help Thor bring back the thunder in this epic game of the Gods.

Microgaming is one of the most established gaming providers in the online casino market, churning out well loved classic slot games time and time again. Players continue to fall in love with their titles year after year and the industry is kept fresh and relevant by their new entries. The top-class graphics and animations are impressive month after month, with real commitment shown to become better with each release. Thunderstruck II is one such classic, that is well loved by players and has stood the test of time.

The Norse religionwas a polytheistic one, with the belief that the heavens were inhabited by many great Gods and powerful Goddesses. These all-powerful deities were divided into two groups that were constantly in a state of war against one another. The most powerful of these deities was the mighty Thor and his father, the one-eyed Odin. They shared their world with other mythological creatures such as spirits, elves and even giants. This slot game transports the player into the magic of this world as they play to the mystical sounds of Thor’s Kingdom with the games high quality graphics.

So, what are the rules in the kingdom of God’s and Goddesses?

Each of these Bonus games contain their own special features

Thunderstruck 2 exceeds all expectations and is engaging as it is fun to play. The extra bonus rounds will keep you throwing that hammer all day!