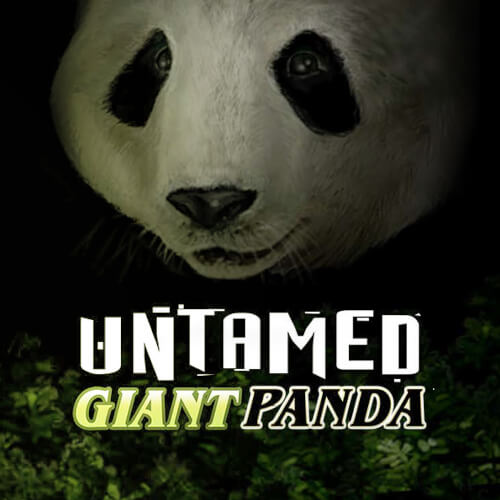 Release the Panda! This online slot machine sees us travel all the way to China to visit the Giant Panda. Released to roam free in the Asian wilderness on the hunt for cash prizes! The cutting graphics portray the fearsome beast as a peaceful giant. Which we as humans have come to think they are adorable, but still very scary, yes! The game is part of a group of untamed online slot machines developed by Microgaming focusing on different themes and wild life, all of which seem to have a grasp of attracting big money prizes on their adventures!

An established and highly regarded online slots developer, Microgaming has a large selection of the most diverse games around. Mircogaming are known for launching their own online gaming club back in 1994 as well as having hundreds of games on offer including blackjack and Mega Moolah. The giant game developer has also broken the record in online gaming for paying out more than $100 in progressive jackets over the past 10 years, more than any other.

Microgaming has a huge selection of games, but their main area of speciality comes in the form of highly graphical video slots like Untamed Giant Panda along with another 300 online video slots.

Microgaming are one of the most popular gaming developers on the planet, and that is simply down to the fact that they are able to offer some of the biggest progressive jackpots in the industry.

Other titles from microgaming vast catalogue include:

This online slot features five reels with a staggering 243 ways to win all set in the lushest, green Asian rainforest. The game features a panda cub, the giant untamed panda itself and another solitary panda sitting on the ground. 10, J, K, Q and A are the minor symbols. Despite its additional features and delightful graphics it is a pretty straightforward game to play nonetheless.

You will recognise four boxes underneath the reels, each time you spin and land a wild symbol one of these boxes will fill up. Once you have filled all four boxes the reel will all turn wild and you will receive four free spins. If you land three or more scatters, which are Panda Eye symbols you will gain ten free spins!

Every win also gives you the chance to take the biggest risk and gamble to increase the cash prize! Make sure you get the dial in the green zone and not the red to enhance your win from the previous spin.

Boasting many features and styles similar to Microgaming’s other titles; Untamed Giant Panda is undoubtedly a winner. Their big payouts have once again made a game for slot lovers and animal lovers to enjoy in one place!