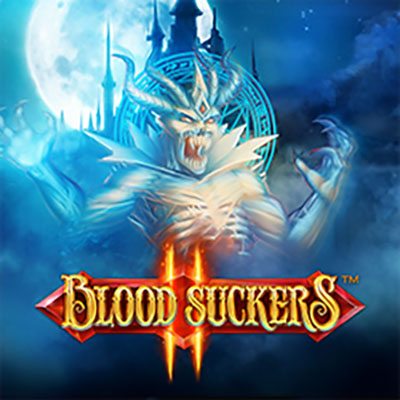 Have you ever had the chance to play NetEnt's 'Blood Suckers', the slot game that Goth-Vampire story lovers can't seem to stay away from? Well, since the 1st game has received so many plays, and so many positive reviews, the developers decided to make 'Blood Suckers 2', a new sequel slot that you could really sink your teeth into!

The 1st game sets you in the character of a courageous vampire slayer that had to kill all of the blood -sucking creatures to claim the prizes that you want. But in this game, you'll be playing as Amilia, the vampiress that wants to claim revenge on the slayers that killed her ancestors, and take back the family riches that are rightfully hers. Already sounds like a good story to base a Gothic horror film on, doesn't it?

Do you want to know which iGaming developer provides casino players with products with innovative concept, beautiful graphics, ingenious math methods, and RTP rates that could reach up to 98%? Well, we'd point you in the direction of NetEnt.

They make sure that they put most of their efforts into the planning and development of all of the games that they want to release on the market. But before they even release it, they'd test it multiple times to make sure that it can be accessed via laptop, Mac, tablet, and smartphone. When all of the points on the checklist are checked, they go ahead with the distribution.

That's why some of their other games like Blood Suckers, Twin Spin Deluxe, and Gonzo's Quest have received so many positive reviews.

If you've already played 'Blood Suckers', then you will be familiar with the ominous stone castle, the eerie stain glassed windows, and all of the base symbols that you will need to get in a matching combination to make a win on each spin.

Amilia will be standing solemnly at you from the side of the 5x3 reel to make sure that you will win as much as you can, so she can claim vengeance and regain her lost assets. Therefore, you better try your hardest to make those wins if you don't want to have bite marks on your neck!

Some of the special symbols appear different in Blood Suckers 2, which help you unlock unique BONUS FEATURES that could help amplify your winnings.

Blood Suckers 2 will surpass all of the expectations that you have, and won't make you feel like you're just replaying the 1st game. Even though its RTP rate of over 96% is slightly lower than the original slot, the Hidden Treasures Bonus Game provides you more than enough opportunity to reclaim your family's assets, defeat the vampire slayers, and win big prizes in Blood Suckers 2!