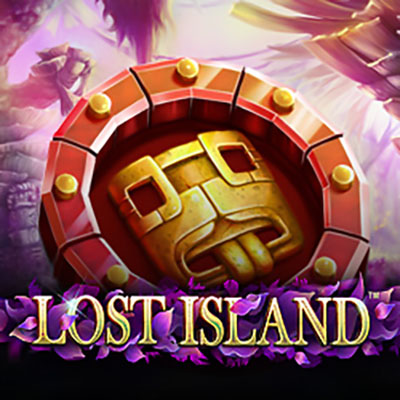 How do you think you’d fare if you were lost on an island, would you crumble and break down or would you carry on, determined to survive? In Lost Island you’ll test your metal in an entertaining treasure hunt through a deserted island full of trinkets, wilds, multipliers and free spins.

NetEnt have been providing games since they were founded in 1996, with 200 games served over 170 online casino operators. They pride themselves on creativity and innovation, and put an emphasis on their own culture to help nurture this. If you want to see what they’ve been cooking up recently check out:

Lost Island is a five-reel, three-row slot with up to 20 paylines set on a beautiful designed backdrop of a colourful and magical-looking forest. The music played in the background is enchanting, drawing you into the island to play the game. The reels are adorned with various magical treasures, with the red and gold trinket awarding you 500 coins if you match 5 of them.

A very well-designed game, with beautiful graphics that mesmerise you while playing the game. An enjoyable game that players can do pretty well on, especially with all of the different combinations for the wilds.