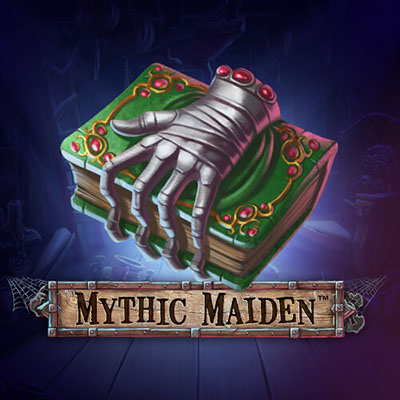 If you’ve always thought there’s something unsettling about attics, well you we’re right. This spine-tingling game takes the concept of old, desolate lofts, and plays on your deepest darkest fears. With no one setting foot inside this attic for some time, we can’t even begin to imagine what you‘ll find hiding up there. Don’t be put off by the creepy crawlies, medieval torture weapons and skeleton bones, remember you’re up there to find the game’s treasure. Hidden among these creepy artefacts, are some seriously profitable prizes.

This game has been designed to play on your deepest fears with reels made up of blue-lighting, disturbing symbols and unexplained shadows. Added to that, are the game’s creepy audios, which can only be described as a blowing wind and screeching door. All of which help create a feeling of panic. So this poses one question – will you make it out alive?

NetEnt is one of the most flourishing casino companies on the market, and it all comes down to its fantastic quality designs. Not to mention, they were the first to develop online casino software based on Java. Their progressive jackpots are just as impressive, given they have paid out some jaw-dropping amounts in their time with $4 million being one of their highest on record. With so many games to choose from it’s hard to know where to start, so to help you out we suggest you begin with some of their favourites. These include, Starbust, Gonzo’s Quest and Steam Tower.

Designed with a 5-reel, 30 payline layout, Mythic Maiden offers plenty of chances to win. Just like the game’s creepy theme, the symbols used all represent items or creatures found in the attic. These include a skeleton hand, spiders, a treasure chest and so much more. The WILD symbol in this game is a Moon meets skull symbol, while the SCATTER is a glowing purple orb.

The exciting element comes from the slot’s special feature –  known as the Free Spins round. This is because players can multiply their winnings with a maximum of 30 Free Spins to play for. Like most slots, the feature is triggered when you land 3 or more SCATTER symbols across your reels. If this happens, players will release the iron maiden coffin, this is can be especially rewarding as players can recieve multipliers when the coffin creaks open. The amount you win is random, and will be revealed when the coffin opens.

If you want to win big in this game you’re going to have to work hard to activate the Free Spins feature as this is the key to the highest profits. Mythic Maiden is also a treat for horror-loving slot players thanks to its eerie elements and menacing symbols, now throw in some creepy sound effects and you’ve got a game designed for nightmares. But when you look past its harrowing theme, there’s a jackpot of 10,000 coins to be won, so living out your darkest fears may just be worth it.