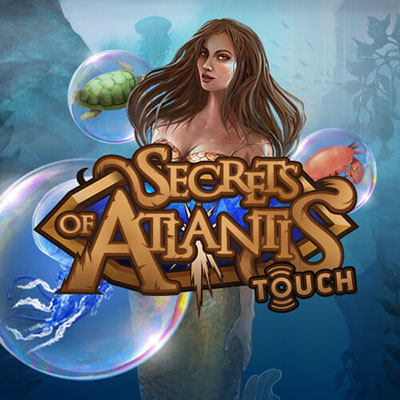 Are you ready to explore the depths of the ocean in the search for the lost city of Atlantis? Let NetEnt take you down under the sea to discover the treasures that are lost below. Look out for the beautiful Mermaid and her sea dwelling friends. The reels are full of life with the turtle, crab, pearl clams and jellyfish. The treasures of Atlantis also feature, with coloured gems and precious stones also featuring. This online slot game is visually engaging with beautiful audio that immerses you in as you sink down to the ruins of the great city that lies in the backdrop of this online slot game, Secrets of Atlantis.

For 20 years, NetEnt have been evolving and using their passion to create stunning online slot games that draw the player in and keep them engaged and entertained, ultimately coming back to NetEnt titles again and again. This Swedish powerhouse was founded in 1996 giving them a wealth of experience to bring to the table and they are without a doubt one of the top leaders in the industry, churning out high quality, highly immersive online slot games year after year with no signs of slowing.

The legend of the lost city of Atlantis, originated with the Greek Philosopher Plato and his writings ‘Timaeus’ and ‘Critias.’ The story dates back to around 360BC and has survived until this day. The creators of Atlantis were said to be half human, half god and they created this utopian civilisation made up of islands linked with a canal. The islands were said to be a paradise of exotic animals and full of gold, silver and other precious metals. But, the people of Atlantis became immoral and greedy and the god’s "became angry because the people had lost their way and turned to immoral pursuits," and so in a night of fire and earthquakes, Atlantis and all its riches was sunk to the bottom of the ocean.
Whether you believe this great legend or not, there are treasures to be found in this NetEnt online slot game.

This underwater online slot game from NetEnt is yet another of their great successes with a cool intro, engaging game play and great opportunities to win big.