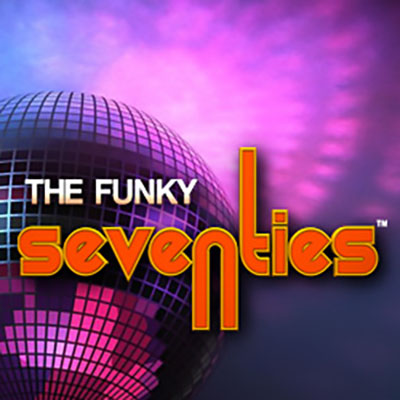 Grab your corduroy flares and your boombox, because it’s time to travel back to the 70’s in this retro five-reel slot game. Bust a move to the old-school music while you play, and enjoy the classic 70’s-inspired graphics – disco balls, platform shoes, muscle cars. Ah, if people in the 70’s could see you playing slot games on your mobile phones right now, they’d shake their perfectly coiffed hair in disbelief!

Whether you miss living in the 70’s or you’ve always wanted to know what it was like, this slot game will transport you there. Only while you’re playing though, unfortunately we don’t actually own a time machine…

NetEnt are known as the pioneers of digital gaming, and have been part of the online casino world for 20 years now, so they know what they’re doing when it comes to providing thrilling, engaging and creative slot games. They’ve got themes to suit every taste, from the music lovers, all the way through to the film buffs and the action hero’s. But if you’re looking to ride that funky era train, then try NetEnts’ Groovy 60’s and Super 80’s games too!

With five reels, four rows and up to 40 paylines, there’s more than enough opportunity to get you dancing under those disco balls! You’ll be greeted by some seriously soulful backing track, which you can’t help but shake your shoulders to. It’s a simple and straightforward slot game, where there are two main symbols and no bonus rounds (well, except for the free spins).

Firstly, you’ve got your standard symbols – an engine sized computer, a blue muscle car, a see-o-matic (remember those?!), a disco ball, some cassettes, and a pair of stars and stripes platform shoes. Aim for the computer and the car – these give you the highest winnings (land 5 of them and you’ll get 400 coins).

Wild symbol – in the form of a 70’s wild, will change any normal symbol into a wild symbol to win more lines, and it’ll sometimes appear stacked on the reels (one on top of the other) increasing your chances of winning.

A simple slot game for those who just want something easy to play, while being transported back to a funkier time, the Funky Seventies is a fun homage to a cool, retro decade. The old-school vibes and upbeat soundtrack is what makes this game so enjoyable (doesn’t hurt that you can get some great wins on it too).