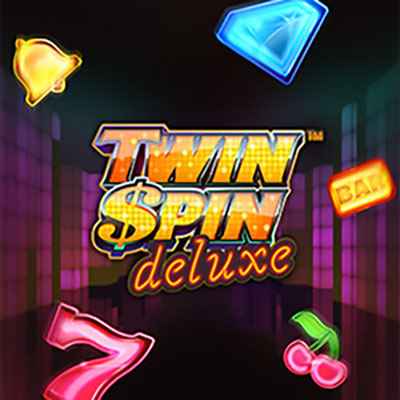 If you're looking for slots that have been made by people that always aim the improve the gamer's experience, then you should make some time to have a look at some of NetEnt's games, and why they are classed as one of the top developers in the casino industry.

And if you're trying to figure out how to make their jackpots more enriching, NetEnt implements some of their games with an RTP rate of a whopping 98%. Wow!

To amplify the game, NetEnt has also boosted the reels from being on a 5x3 grid to a 6x5 grid. You'll find that the icons are shown as the traditional symbols that you'd see on many classical slot games.

The base symbols with the low payouts are formed as the Ks, Qs, Js, As, and 10s, and the base symbols with the high payouts are formed as the diamonds, the cherries, the bells, the golden bars, and the Lucky 7s. There are no WILDS, SCATTERS, or BONUS FEATURES to watch out for, but the 6x5 reel grid will boost your chances of getting many matching combinations you need to get your prizes.

You won't have to rely your wins on any special symbols on this game, which is actually a good thing as you know that you'll always get a matching combo on any spin that you'd hit. And with a huge RTP rate of over 96%, you'll have your wallet filled with your winnings, and your ears filled with that awesome 80s electronic music that you won't be able to shut out after you've finished playing Twin Spin Deluxe!