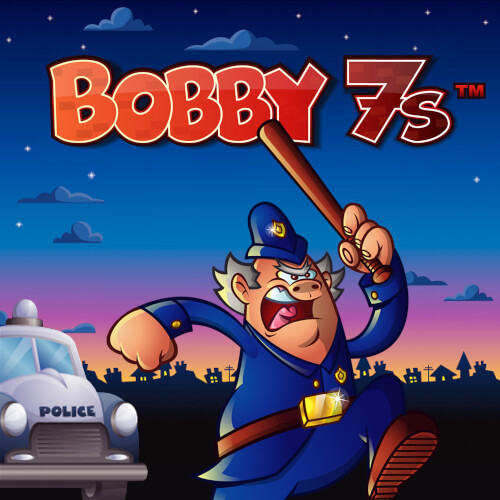 If the Benny Hill series was one of your favourite shows to watch when you were young, then you'll be able to relive that experience again, thanks to NextGen. The developers have created a traditional yet exciting online slot game called Bobby 7s, which provides you with something more than just a normal cat-and-mouse chase.

You'll bump into thieves, crooks, judges, and even the bobbies themselves. But don't fret, they don't appear on your screen to harm you. In fact, they show up to help you win big prizes, and even multiply some of them!

Even though there are plenty of iGaming developers that produce a lot of games that you can access and play from almost any location you are in, it is rare for you to one that you can trust in delivering you high quality entertainment and large winnings.

However, you'll be happy to hear that NextGen is 1 of those rare few that you can place your trust in. Their technology within developing great games has evolved, but their mission remains the same since day 1: to make sure that every single casino player gets what they're looking for in all of their products.

The graphics, audio contents, theme narratives, and smooth gameplay that NextGen implements in their games, such as Emperor's Garden, Joker Jester, and Dragon Drop are what gave them the highest appraisals from their die-hard fans.

Speaking of the word classic, the base symbols that you'll find on your 5x3 reels consist of the fruits that you'd find on most traditional slot games. The watermelon wedges, the strawberries, the plum, the oranges, the lemon, and the 2 cherries that share 1 stem. You'll be able to get more immersed in the theme of the game when you'll see some of the special symbols come you way on the reels.

There have been many online slot games that adopted a cops & robbers theme, but there aren't a lot that have managed to pull them off as well as Bobby 7s. The amount of special symbols and BONUS FEATURES that a player can obtain are what help them get the big winnings they've had their eyes on, are what bring those players back to Bobby 7s time and time again.

If you don't think that you'd be able to enjoy the thrill of seeing caricatured policemen and thieves running around your screen, then this game developed by NextGen will certainly make you have a change of heart!