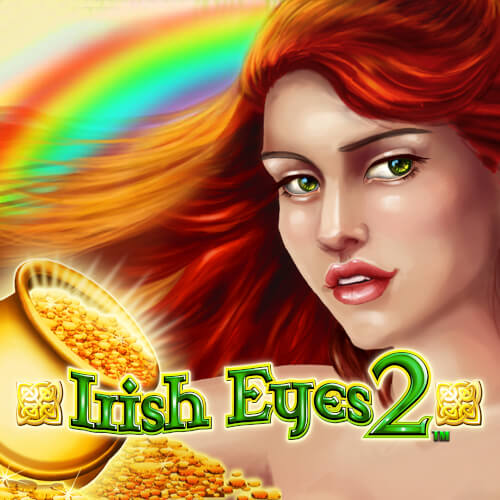 Irish themed slot machines are always a hit with online players, even in spite of how familiar the theme is. For years it has been synonymous with the gambling industry, just as Ancient Egypt has, only we’d argue that the luck of the Irish hasn’t lost its impact like the pyramids of Egypt. To show you what we mean, you need only look at the reels of Irish Eyes 2.

Following the success of the first game, Irish Eyes, NextGen Gaming decided to release this sequel, with the paytable designed to create more winning features. Of course, as it’s the second instalment of the series, you can expect similar sorts of imagery, like pints of ale and four leaf clovers.

When it comes to the big name brands of iGaming, NextGen is one of three that regularly come up; just as with NetEnt and Microgaming, we recognise the prestige of what it offers. Out of these top three providers, NextGen is the youngest, having be founded in 1999, arguably just before online gaming exploded (properly) onto the scene.

Since then, the team has expanded in various ways, while always remembering to keep their message simple: to create innovative games. NextGen has done this by not only providing slot machines like Irish Eyes 2, but by developing sports betting platforms and iLottery. Consequently, they’ve become a leader not only in online gaming, but for land based casinos also.

There’s something about a sunny forest scene that feels so fitting for an Irish themed slot, with the background paying homage to the rustic roots of legends and old magic. This is where we find our 25 winlines, all of which can be reduced down to just a single line for higher volatility experiences.

A stake of 50p is all it takes for paying customers to start to make their way through the symbols of the grid, with two symbols in particular being of increased value. This is even more true of the scatter, which we’ll explain in better detail.

Overall, this online slot is a decent example of what NextGen Gaming can do; the controls and rules are simple, with the prizes limited but inviting. Sometimes we find that lower variance games can steal the limelight from those with higher diversity, due to something as simple as character and charm. This is what happens with Irish Eyes 2.