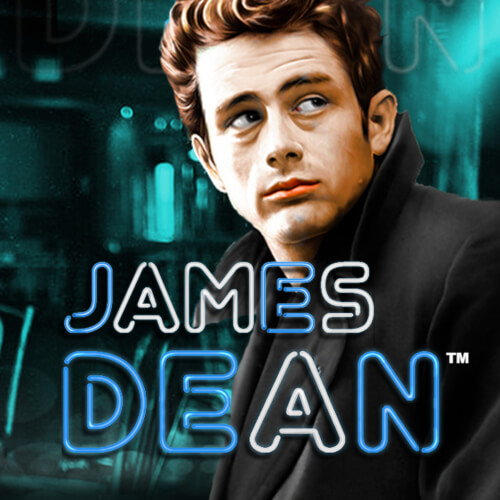 James Dean is one of the most legendary Hollywood icons that has ever graced the silver-screen, with film credits including Rebel Without a Cause and East of Eden.  What better then to translate his icy cool image into a high-octane online video slot?  NextGen have made the dream a reality with this five-reel homage to the great man.

Just because it looks cool and sounds cool (with a rock ’n’ roll soundtrack), doesn’t mean James Dean online slot is style over substance.  With Wild Respins, a Free Games bonus, a Quick Pick style round and more, there is some serious cash to be won here.

NextGen have over 20 years of experience in crafting online games that engage and entertain players worldwide.  Part of NextGen’s success can be put down to the variety of games that it offers, from slots like Samurai Split and Shangri La to the festive Foxin’ Wins Christmas.  They are also renowned for their commitment to helping casino clients implement platform-independent services.

The layout of the game-board is relatively understated with James Dean in neon letters in the top-centre and dimly lit photographs of the pensive star in the borders.  Likewise, symbols are in keeping with the theme but not obtrusive.  Lower level symbols are 9, 10, J, Q, K and A while premium symbols are inspired by items associated with the great man:  his motorbike, a pair of shades and a movie reel and, of course, some smouldering portraits of the leading man.

Trigger Wild Respins by spinning three blue-backed James Dean symbols.  Any prizes here will be tripled, making you feel like a VIP.

If the Clapper Board symbol appears then three extra spins (called Legend Spins) are played at the end of the free games, each with a multiplier of 5x!

Three or more purple-backed James Dean symbols will trigger a ‘quick pick’ style bonus.  It might be over quickly but players can still feel like a movie-star by winning up to 150x during base play, 300x during the free spins round and a massive 750x during Legend Spins!

True rebels without a cause can decide to gamble any win on the turn of a card to double or quadruple that win, although this does take nerves of steel…

NextGen have embodied James Dean’s legendary status well here without overdoing it in either the visuals or the audio.  Although some traditional games are included - such as the James Dean Pick Bonus, the Legend Spends which can be awarded during the Free Games round are an unconventional twist on a classic idea.  Put on your aviators and give this one a spin.