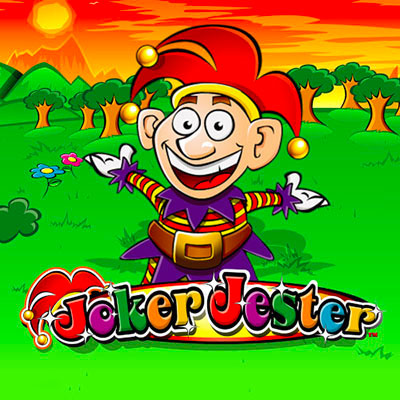 Jokers are normally the cards you don’t want in a 52 card deck, but what happens to those jokers when they are cast aside. We like to think that they find solace in appearing in other online slot games to keep themselves pre-occupied. This is especially true in Joker Jester: the latest hit slot from developers Nextgen Gaming has all the makings of an instant classic, coupled with a pinch of innovation that could push it even further past its original play-by date.

Centuries ago, jokers/jesters were used as the amusement for those more powerful in the grand scheme of things. Entertaining kings and those of high regard was the main job for these jesters. Presently we look back on these times in amusement, which is partly the reason why this slot exists. We find humour in jesters in the same way we find someone falling over funny. With humour comes relaxation, and with Joker Jester one finds money.  Joker Jester is a 5 reel game from developer titans Nextgen Gaming and is sure to bring the fun and excitement that you’d expect from this type of slot. This jester seems to be rather up to date, players can experience this slot on multiple different devices including both mobile and desktop devices!

Nextgen Gaming offers a wide range of titles for every occasion, from online table games to online slots, so much to play and so little time. With a name like NextGen Gaming you expect the best of new titles for a new generation. Well we can safely say that these guys don't disappoint. Creating titles that could circle the world over in just how creative and fourth wall breaking they are. It’s very clear that Nextgen Gaming are the future of the industry — so why not jump on now and follow them on their rise to superstardom?

All symbols in this slot take the shape of various jester related gear that you might find during their performance. Symbols in Joker Jester include: musical instruments and letters among others. It seems like this jester has taken it upon himself to steal from those he is meant to be entertaining, which is quite naughty, but hey he’s offering you half the booty if you’re willing to keep your mouth closed.  The bonuses at play here all do a great job in adding to the overall theme that this slot is portraying. Each offer alternative ways for big wins depending on how you utilise them to the best of your playing ability. Wilds and scatters are here, so don’t worry. There is a lot more at play here, but why not do yourself a favour and discover that for yourself?

Joker Jester might be our new favourite slot, we haven’t played anything like it in quite a long time. The various bonuses at play here serve perfectly alongside the theme at play here. Developers Nextgen Gaming have once again outdone themselves in terms of putting together something special. Play something special today. Play Joker Jester. 9/10