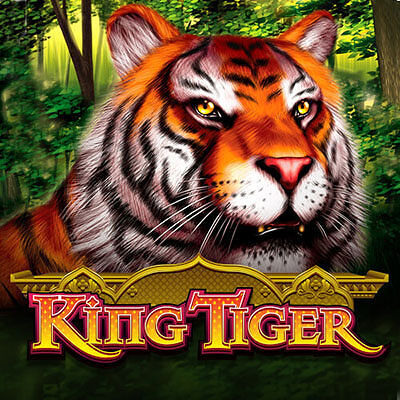 Imagine what it would feel like to be re-incarnated as a tiger, such a majestic creature with stripes as thick as the strength that’s needed to approach such a marvel. If you enjoy looking at tigers as much as we do then maybe you’d like to try King Tiger: an online slot that plays to the strengths of most addictive online slots with the added benefit of having a big name game dev team backing it up in order to soar to new heights. NextGen Gaming are known to create some rather lasting experiences when it comes to these types of games. They are very big on theme which will be evident from the outset as you brace the jungles of King Tiger in search of treasures the likes you've never known.

Known for their own take on the online slot and online casino game market, Nextgen Gaming continues to make new strides everyday in every digital entertainment avenue they see fit. Nextgen Gaming offers a wide range of titles for every occasion, from online table games to online slots, so much to play and so little time.

This 5 reel online slot has you in the backdrop of a rather exotic jungle, there are animals spread across the reels and with good reason. These are all King Tigers friends that he’s somehow lost and it is up to you to re-align their friendship, he pays handsomely if you happen to help him so there’s also that added incentive. Symbols on the reels consist of elephants, buffalo, deer and birds. As a further reward for your help, King Tiger will also offer even more treasures when you enter certain bonus games which can only be triggered through certain symbols, such as the King himself who acts as the games wild symbol. It is worth noting that King Tiger can be played on a wide array of devices, almost encouraging you to help save King’s friends wherever whenever if you are feeling lucky.

Without giving too much away, King Tiger is a great example of an online slot that uses its theme to push you towards more spins. Not only that but the graphics and overall gameplay make you feel like you could do pretty much anything you desire, you just need to be willing to risk it all if you wanna win big. NextGen have done a great job with King Tiger, so much so that we can guarantee that you will want to check out some of their other games which follow a similar yet different pattern.

King Tiger is everything you’d expect from a game named King Tiger. There are lots and lots of things to see and do in this slot that it almost makes you forget about there being an outside world. That is just a testament to the work put in from Nextgen Gaming who have (once again) made a game that moves to the beat of its own drum. Won’t you do the same? Play now. 9/10