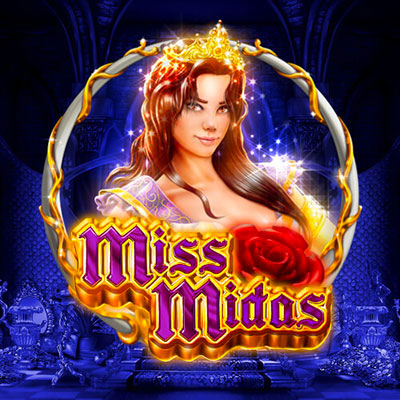 Taking inspiration from the Midas myth, which told the tale of a Greek king who was blessed with an extraordinary power – this slot is just as interesting as it sounds. With the ability to turn everything into gold simply by touching it, you’re in for some real money fun. But as the legend goes, his special powers didn’t always bring him fortune. In fact, they led to his death when all his food turned into gold. This slot tells a similar story but with a slight twist, its main character is a glamorous beauty queen.

Said to be the daughter of the king, Miss Midas has inherited his mind-blowing abilities, and it’s her job to help you win some shiny cash prices. Put her powers to good use and you may even win the game’s jaw-dropping jackpot of £25,000!

This Australian born company has been around since 1999, and are now considered one of the best developers thanks to their plethora of slots. NextGen games have some distinct characteristics which have become connected to their name such as their SuperBet buttons and Select-a Play features. All of their slots look and sound amazing too – we’re talking carefully drawn characters, 3D animations and great audios. Plus, with mobiles proving just as popular as desktop, you’ll find all of their biggest slots available to play on your smartphone.

With a typical 5-reel, 25 payline set-up, players can expect a simple game-play. But before you put everything in the hands of this beauty queen, make sure you set your betting levels. You can set your coin size anywhere between 0.01 and 0.20. There’s also a SuperBet button which will activate the game’s feature, we suggest clicking this if you want to win big.

They are a wide selection of symbols in the game – some with a larger value than others. The romantic roses and fruit bowls, along with thrones and peacocks are the game’s high value icons. Miss Midas is the WILD symbol and only shows her face on reel 3, but she also has the ability to turn the icons she touches into golden WILDS. However, this will only come into play when the SuperBet feature is triggered.  There’s also the chance to land some Free Spins, which can be activated through the slot’s SCATTER (the Midas Palace). Depending on the amount you landed, players can score a total of 15, 20 or 25 Free Spins.

This slot has an interesting concept, one that is bound to appeal to a wide range of players. Though The Midas Golden feature is the thing that stands out for us, given the amount of WILDS on the reels. While, the SuperBet feature can be extremely rewarding during the Free Spins bonus. Yes, it may have a low variance compared to other slots, but that doesn’t mean it’s not exciting. With its regular pay outs and fun player experience, Miss Midas gets a thumbs up from us.