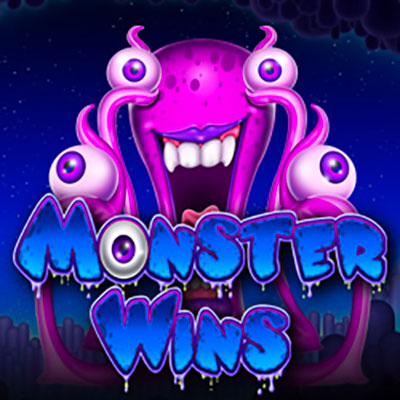 If light-hearted slots are your thing, Monster Wins will be right up your street! Featuring nine aliens and their monster leader, this is a strange-sounding concept, but that’s what we love about it! If you’re imagining scary monsters, then think again. These funny-looking creatures wouldn’t be out of place in a children’s book! Instead, players will step into colourful creation filled with friendly inhabitants willing to help you win and find your way to great riches.
If you’re wondering where the action takes place, the reels seem to resemble the alien’s territory. Decorated with large oblong buildings with a bluey-pink sky, this slot takes you to outer space on a quest to track down the most valuable monster. Yes, we’re talking about the Boss Monster, who can be recognised by his distinct five eyes and blue shade. He controls the game, so get ready to celebrate when he appears on your reels.

NextGen, also known as NYX Gaming, promise players one thing – a sensational gaming experience! Producing everything from land-based casino games to internet slots and fantastic quality mobile games, their certainly know how to stand out from the crowd. With over 100 online games under their name, you’re bound to recognise some of their most famous titles. From history themed games like 300 Shields to fantasy-inspired stories like Merlin’s Millions and big-screen favourites like Psycho, there’s something to satisfy every kind of gamer.

This 5 x 4 reel slot game has no payline arrangement, making the game-play all the more exciting. As you may have guessed, the symbols in this game are a colourful range of monsters and the WILD symbol Is the word ‘wild’. Showing up on just about all the reels excluding reel 1, this special icon replaces all other symbols, apart from two SCATTERS – the Boss Monster and the bonus icon.
The Boss Monster holds the power, especially when 4 stack up on reel 1. This turns a selection of other symbols into Boss Monsters, so watch as they pop up on different positions across your reels. The more you see – the more benefits you’ll receive such as larger wins. What’s more, he has been known to show up often, so play enough and you’re sure to bump into him. The Boss Monster Free Games is another great way to up your total, which is activated when 3 or more bonus icons land anywhere on your reels. This fantastic feature produces 3 Free Spins while adding a stack of Boss Monster symbols to reel 1. Players can also take advantage of a gamble option, which comes into play after every win. This is a great feature if you want to risk it all and leave your game-play to chance.

If you love cartoon slots with a light-hearted theme, we suggest you check out Monster Wins. Though its eye-catching visuals aren’t the only draw, the game is also celebrated for its special features and 1024 ways to win.