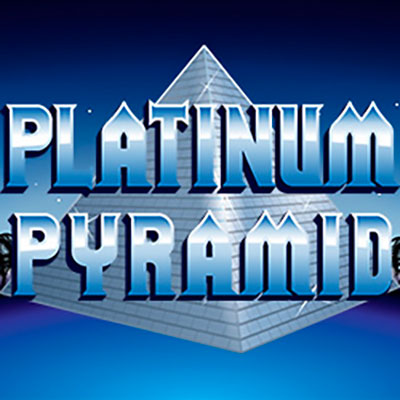 Come take a walk in the Egyptian sands with the night sky twinkling overhead and the shadows of the mighty pyramids looming into the darkness. This online slot game is pyramid themed with a twist. The ancient monuments have been transformed and coated in glistening platinum, with the same platinum plating creeping in to the reels where you will see Egyptian hieroglyphs such as ankh crosses, Anubis dog gods, Eyes of Ra and yellow flowers. Follow the high priestess and do as she commands to win big in this Nextgen Gaming creation, Platinum Pyramid.

Nextgen Gaming have consistency provided engaging, and immersive games, placing themselves as one of the undeniable leaders in the online casino gaming industry.  The graphically stunning settings they have created as themes for their online slot games, have kept the industry fresh and exciting and have provided a challenge for other big gaming names to answer, for the last two decades. Nextgen Gaming have continued to raise their game and have consistently churned out top quality titles, time and time again.

In ancient Egypt, the great pyramids were built as mighty tombs for the pharaohs and queens. There were many different pyramids, varying in shapes and sizes and there are around 80 that we are aware of today having survived since ancient times. There are many theories about how the Ancient Egyptians actually built the pyramids and it is contested whether or not they actually built them at all but the mainstream theory is that large blocks of stone were transported along the river Nile to the pyramid sites. They were then moved into place using sledges and ramps.The building required hundreds of thousands of limestone blocks, some weighing up to 2.5 tons. An impressive feat for a civilisation without machinery!

Building the pyramids may have been a daunting task but getting to grips with this online casino slot game is easy:

This Nextgen Gaming online slot game is simple, with cartoonish style graphics and some basic audio, but it also features some cool animations and the chance for players to win big in the Free Games Feature. Overall, the game is fun, easy to play and engaging.