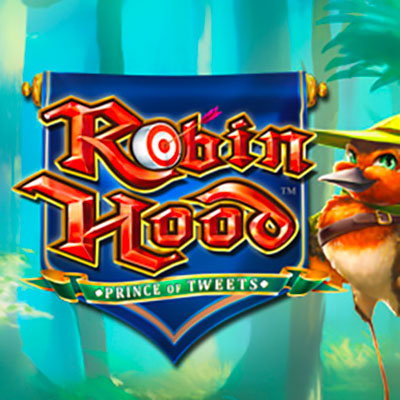 The classical tale of Robin Hood and his clan of Merry Men inspires this online slot game. It makes perfect sense really, robbing from the rich and giving to the poor – put yourself in Robin Hoods shoes and treat your winnings as the pot of stolen cash. Of course, you won’t actually be stealing anything at all but the notion makes the theme a little more fun! This slot game will take you right back to the English country side where this take takes place. But don’t go too far back because this game has an innovative twist as Robin Hood has taken his name seriously and turned into a bird, along with a flock of other birds that are his friends. The more imaginative twist will really keep you on the edge of the seat and that’s before you have seen the bonus features!

NextGen have developed online slot games since 1999. They are an international company which aim to produce quality software. They enjoy creating interactive themes for their players to get absorbed into! So it is definitely worth checking out their portfolio of work. Some of the games include: Doctor Love, Dolphin Reef and 300 Shields.

The symbols include majestic, medieval castles, the typical bags of gold that you would expect in a Robin Hood theme. In this bird edition, you will also find drinking owls and rabbits acting as Princes! Robin Hood is the Wild symbol and substitutes every other symbol of the reel,  except from the castle which acts as the scatter. There are some great winnings to be made as the gamble feature will act as an element that will try and multiply your winnings! This works by allowing you to gamble your winnings up to five times per game session. Simply press the gamble button to trigger this feature. You will then have the choice to select ‘suit’ or ‘red or black’ which can increase your winnings by double or quadruple the original value! But remember, just like the work of Robin Hood, your winnings could be swiftly wiped away as in any gambling feature! Keep in mind, that the overall aim of the game is to play 40 pay lines for 20 credits.

This is certainly a twist on a traditional story but it works well! The theme is absorbed into a cartoon like, feel good slot game. There is an almost mythical element to it all! Another great bonus with this game is the free play option. The imagination of the bird element makes it a highly entertaining slot game! Keep an eye on that Robin Hood character as his flying arrows will shoot over to the other symbols and create wilds. It should be noted that 30 coins need to be in play for the superbet feature (to maximise the value that the arrow can have). The more money you put on, the more benefits there will be. Not only is this fast paced game a real winner, there is also an auto play function.