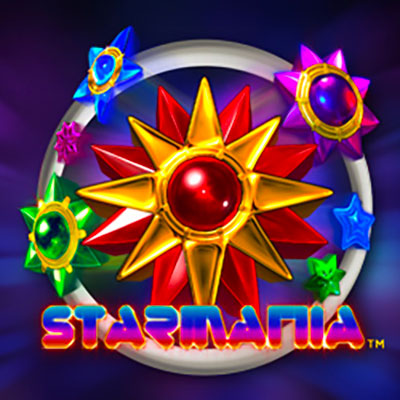 Starmania from NextGen is a deep space-themed slot that invites players to journey into the unknown and return starry-eyed with big cash prizes.  The five-reel 10 pay-line game-board is set in deep-space and rendered in multi-coloured swathes of cosmic light that add to the ambience.  Starmania features an unusual free spins round which increases the number of wilds up to a staggering 30 symbols by the final spin.  However, it’s the gravity-defying RTP of 97.87% that sets this game apart.

NextGen are an especially innovative online gaming developer who have always looked at ways of enhancing products to stay ahead of the game.  The Australia-based developers were founded nearly 20 years ago and quickly became renowned for the quality and originality of their games.  This rise to prominence turned the heads of major industry players and NextGen were bought out by NXY Gaming in 2011.  Outstanding artwork and technical nouse is evidenced through NextGen’s portfolio which includes popular titles like Judge Dredd, Wild Play SuperBet and Foxin’ Wins, among many others.

Starmania features an other-worldly game-board set against a profusion of space matter.  The visuals are complimented by futuristic sound effects which set the right tone for this spacey slot.

The cluster of symbols used in Starmania is definitely in keeping with the theme of the game with lower value symbols represented by simple blue, green and pink stars, and premium symbols a more ornate version of each of their lower-value counterparts.

Special symbols include the Wild which looks like the dance-floor of a club from Saturday Night Fever, and a more subdued but still glittery Bonus symbol.

Starmania is optimised for mobile and tablet devices.

Spin three or more bonus scatter symbols to trigger Free Spins.  You will receive 10 free spins to get started but the bonus can be retriggered by landing more scatters.  Each spin includes an extra wild on reels two, three and four adding up to a huge total of 30 by the end.

Every win can be gambled on the turn of a card.  Bet on the colour or suit of the proceeding card to win 2x or 4x your stake respectively.  You can gamble up to five times in a row, although I’d suggest cashing out before this point as it’s easy to walk away with nothing.

Starmania is not alone in the constellation of star-themed online slots, but it more than holds its own against the competition.  The theme is prominent and well-executed in terms of visuals and audio which really enhance the gameplay.  Although more feature-packed slots are available, the Free Spins round in Starmania includes an increasing number of wilds which is a creative spin on what could have been a standard bonus.  With an astronomically high RTP of 97.87% Starmania is a slot that promises star-studded returns.